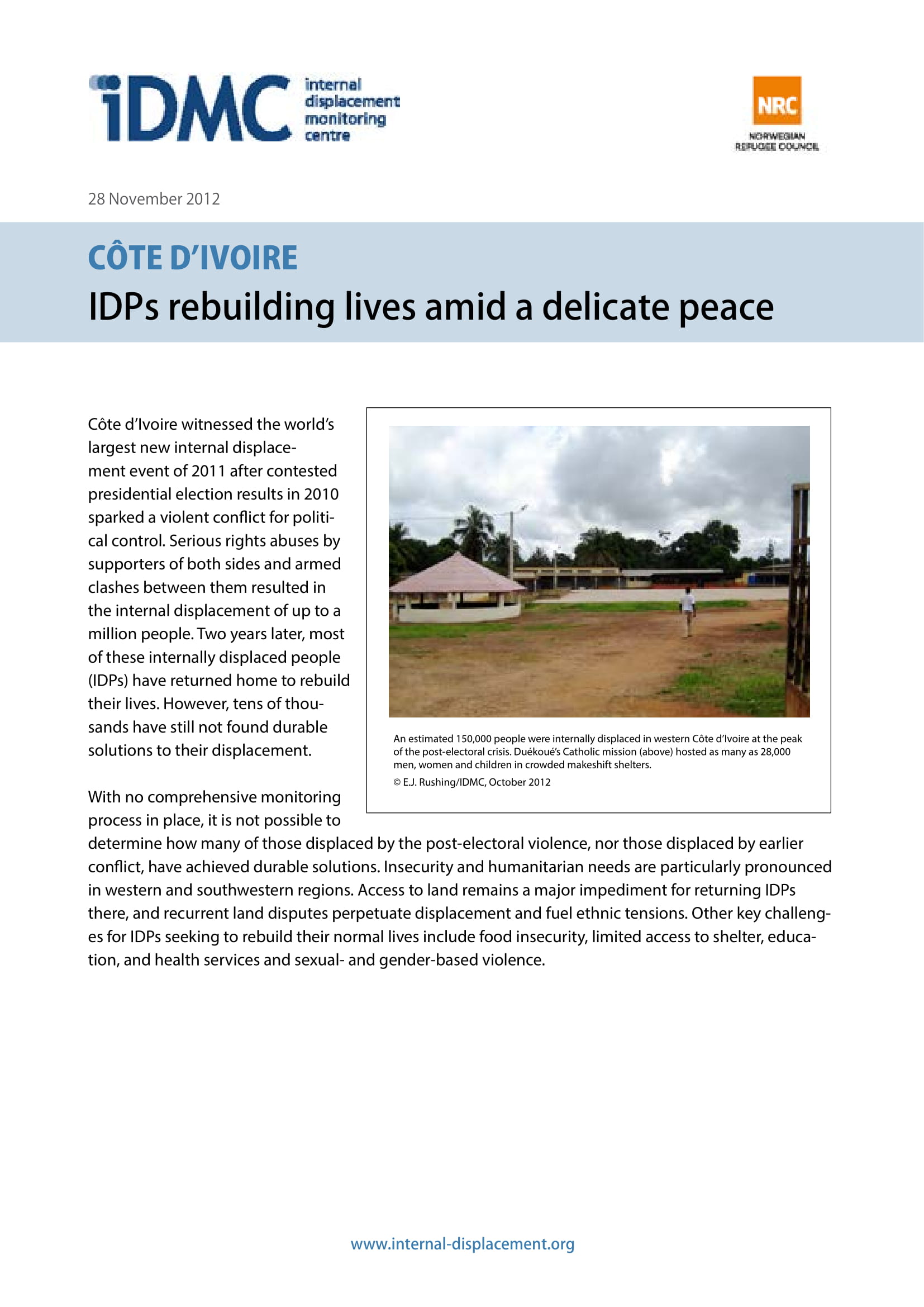 Côte d’Ivoire witnessed the world’s largest new internal displacement event of 2011 after contested presidential election results in 2010 sparked a violent conflict for political control. Serious rights abuses by supporters of both sides and armed clashes between them resulted in the internal displacement of up to a million people. Two years later, most of these internally displaced people (IDPs) have returned home to rebuild their lives. However, tens of thousands have still not found durable solutions to their displacement.

With no comprehensive monitoring process in place, it is not possible to determine how many of those displaced by the post-electoral violence, nor those displaced by earlier conflict, have achieved durable solutions. Insecurity and humanitarian needs are particularly pronounced in western and southwestern regions. Access to land remains a major impediment for returning IDPs there, and recurrent land disputes perpetuate displacement and fuel ethnic tensions. Other key challenges for IDPs seeking to rebuild their normal lives include food insecurity, limited access to shelter, education, and health services and sexual- and gender-based violence.