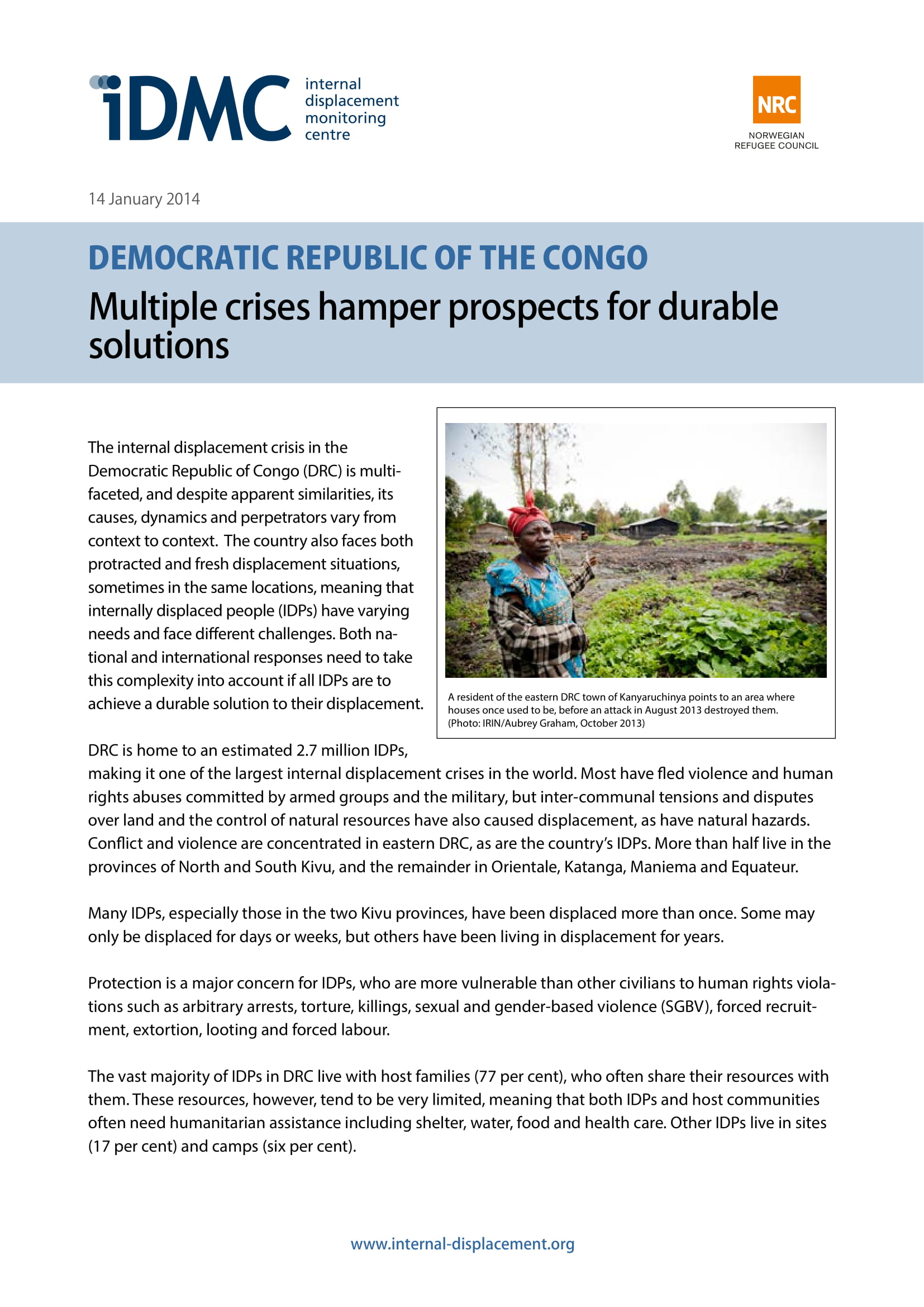 The internal displacement crisis in the Democratic Republic of Congo (DRC) is multifaceted, and despite apparent similarities, its causes, dynamics and perpetrators vary from context to context.  The country also faces both protracted and fresh displacement situations, sometimes in the same locations, meaning that internally displaced people (IDPs) have varying needs and face different challenges. Both national and international responses need to take this complexity into account if all IDPs are to achieve a durable solution to their displacement.

DRC is home to an estimated 2.7 million IDPs, making it one of the largest internal displacement crises in the world. Most have fled violence and human rights abuses committed by armed groups and the military, but inter-communal tensions and disputes over land and the control of natural resources have also caused displacement, as have natural hazards. Conflict and violence are concentrated in eastern DRC, as are the country’s IDPs. More than half live in the provinces of North and South Kivu, and the remainder in Orientale, Katanga, Maniema and Equateur.

Many IDPs, especially those in the two Kivu provinces, have been displaced more than once. Some may only be displaced for days or weeks, but others have been living in displacement for years