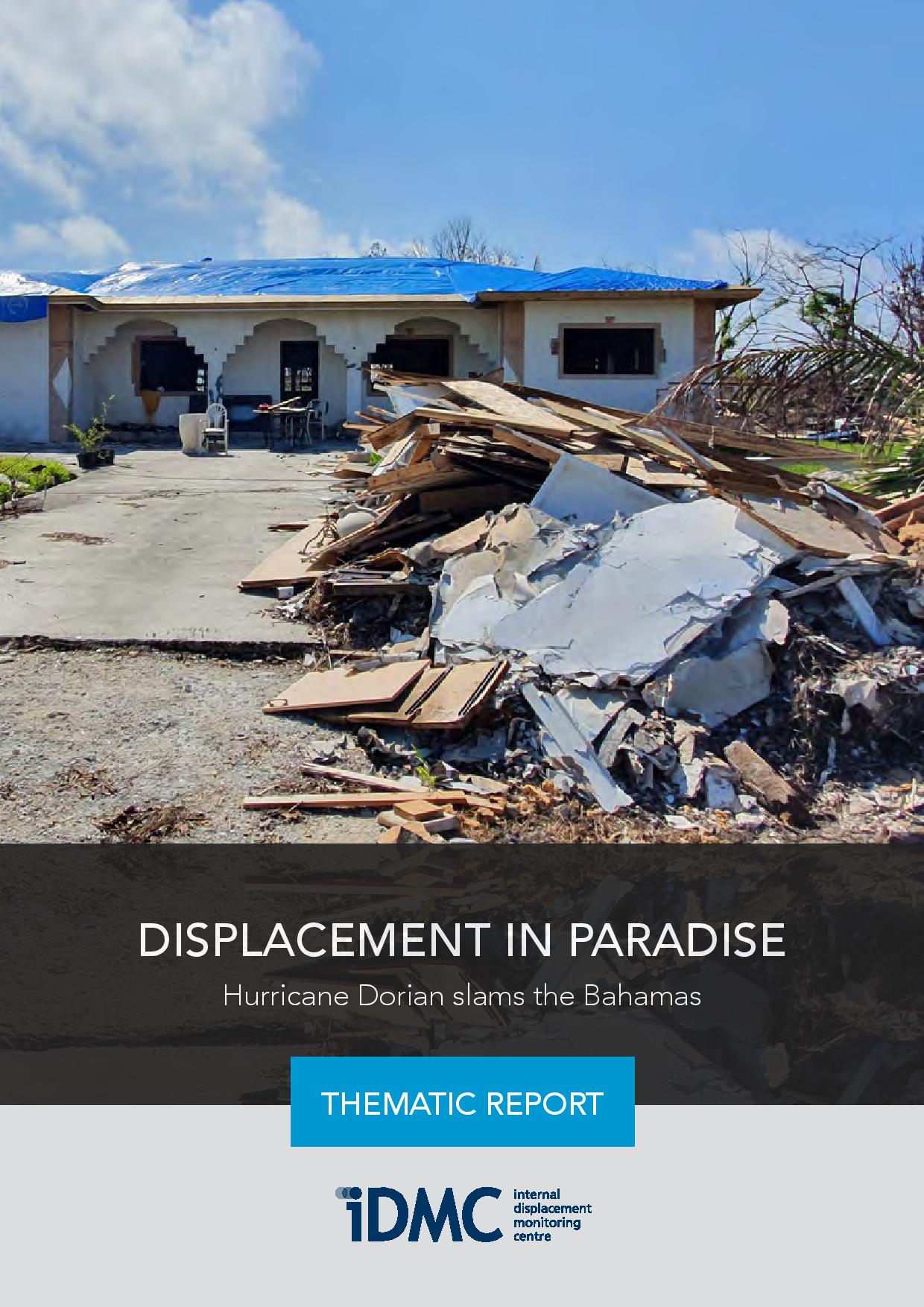 Hurricane Dorian, the strongest hurricane on record to hit the Bahamas, made landfall on Elbow Cay, east of Grand Abaco, on 1 September 2019. For three days, the category 5 storm battered Abaco and Grand Bahama, causing catastrophic damage and destroying houses that could not withstand such intensities. The storm surge of Dorian combined with a so-called 'king tide' generating a massive tidal wave up to seven metres high that flooded the low-lying islands. The destruction led to widespread displacement but minority groups, including LGBTIQ+ and unregistered Haitians, were unevenly impacted by the storm.

Displacement following Hurricane Dorian was exceptional for the region, both in terms of the scale and patterns of movement. This study is based on a qualitative methodology, with 41 semi-structured interviews as well as participant observation. The report focuses on displacement geographically and by population groups, while examining the resulting obstacles to durable solutions on the hurricane-prone islands.