"Nothing to put in your mouth": Durable solutions to drought displacement in Ethiopia 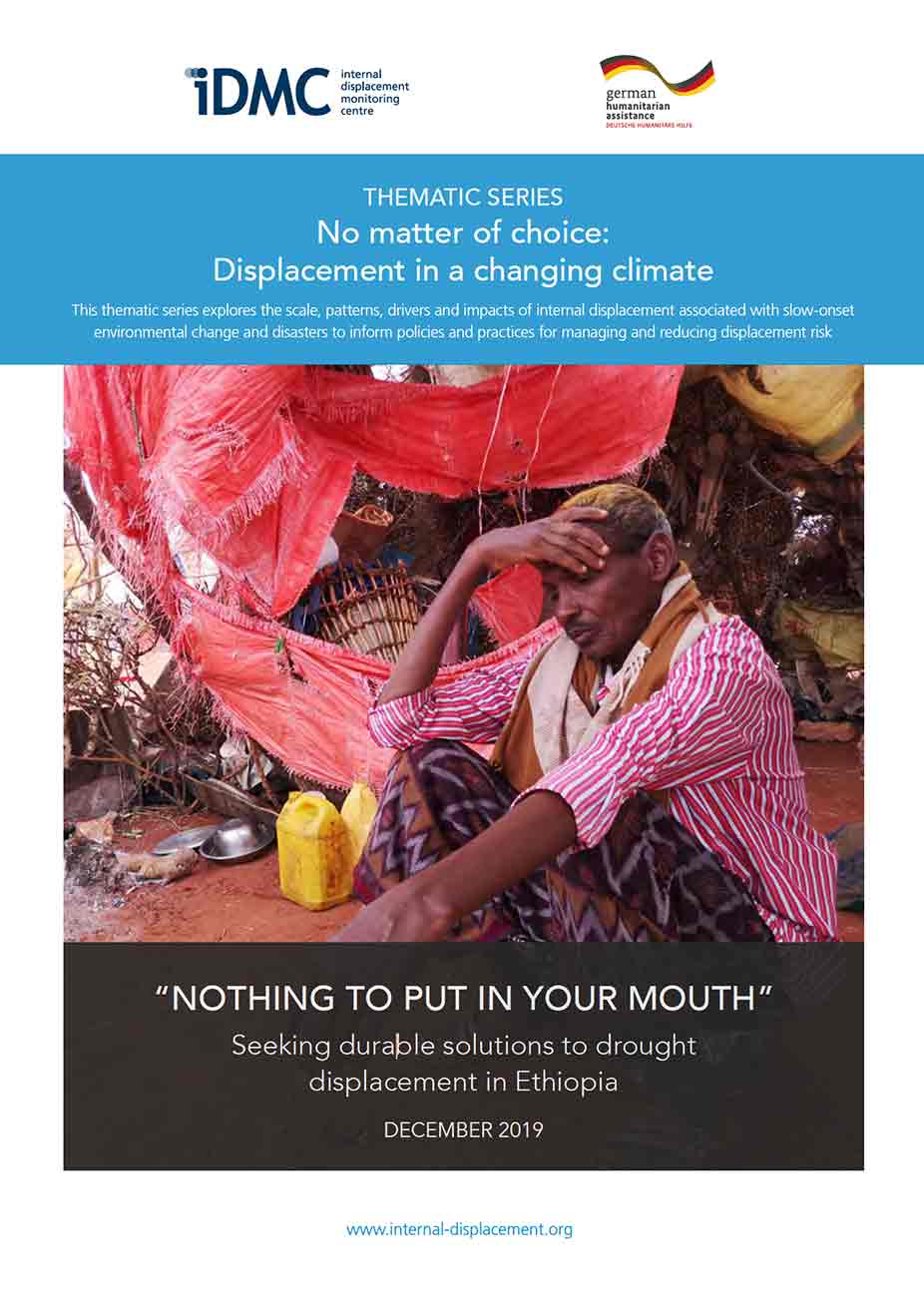 Based on two hundred and nineteen interviews and qualitative methodologies conducted in July 2019 in the Somali region of Ethiopia, this study examines the drivers of displacement in pastoralist communities of the arid and semi-arid lowland areas of Ethiopia. Following on from the catastrophic droughts that occurred between 2015 and 2017, and in which pastoralists in the region lost up to 80 per cent of their livestock, we found that many still live in camps reliant on aid up to four years later.

The report findings show that displacement triggered by drought in Ethiopia is a protracted but short-range issue, and that those displaced prefer to integrate in their new locations rather than to return home.