Escaping war: where to next? 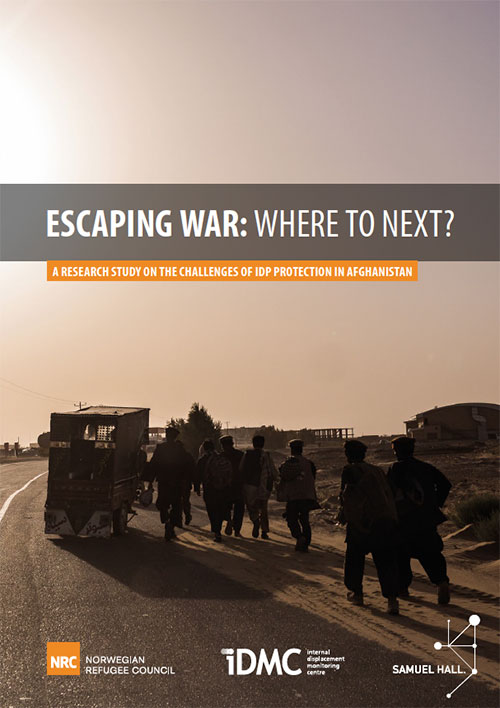 The new report from IDMC, NRC and Samuel Hall presents the findings of a comprehensive assessment of the protection needs of internally displaced people across Afghanistan.  This follows on from a similar assessment carried out in 2012 whenwe published the first in-depth study looking at the impact of displacement for Afghans.

This new report confirms that the ongoing conflict has taken on worrying intensity in parts of the country and is bearing a heavy cost on civilians. Since 2012, one alarming trend has been a sharp and steady growth in the levels of internal and external displacement: in the past five years a total of 1.7 million Afghans have been displaced - three times as many IDPs than we reported on five years ago.

Today, more than ever, Afghans are a population on the move. Safe havens are increasingly more difficult to find. With protection and asylum space in neighbouring Pakistan and Iran rapidly diminishing over the past few years, scores upon scores of Afghans have been forced back to their home country – as our study shows - often to face secondary displacement upon return. Over 250,000 Afghans arrived in Europe in 2015 and 2016 in search of safety yet only to find that their chance of getting asylum is slim and getting slimmer. Asylum acceptance rates in Europe for Afghans have declined sharply over the past two years. Afghans are not returning to the flourishing post-conflict economy the international community had hoped for.  They are returning to a war zone—one that they had originally fled - where hundreds of thousands of Afghans are displaced each year.