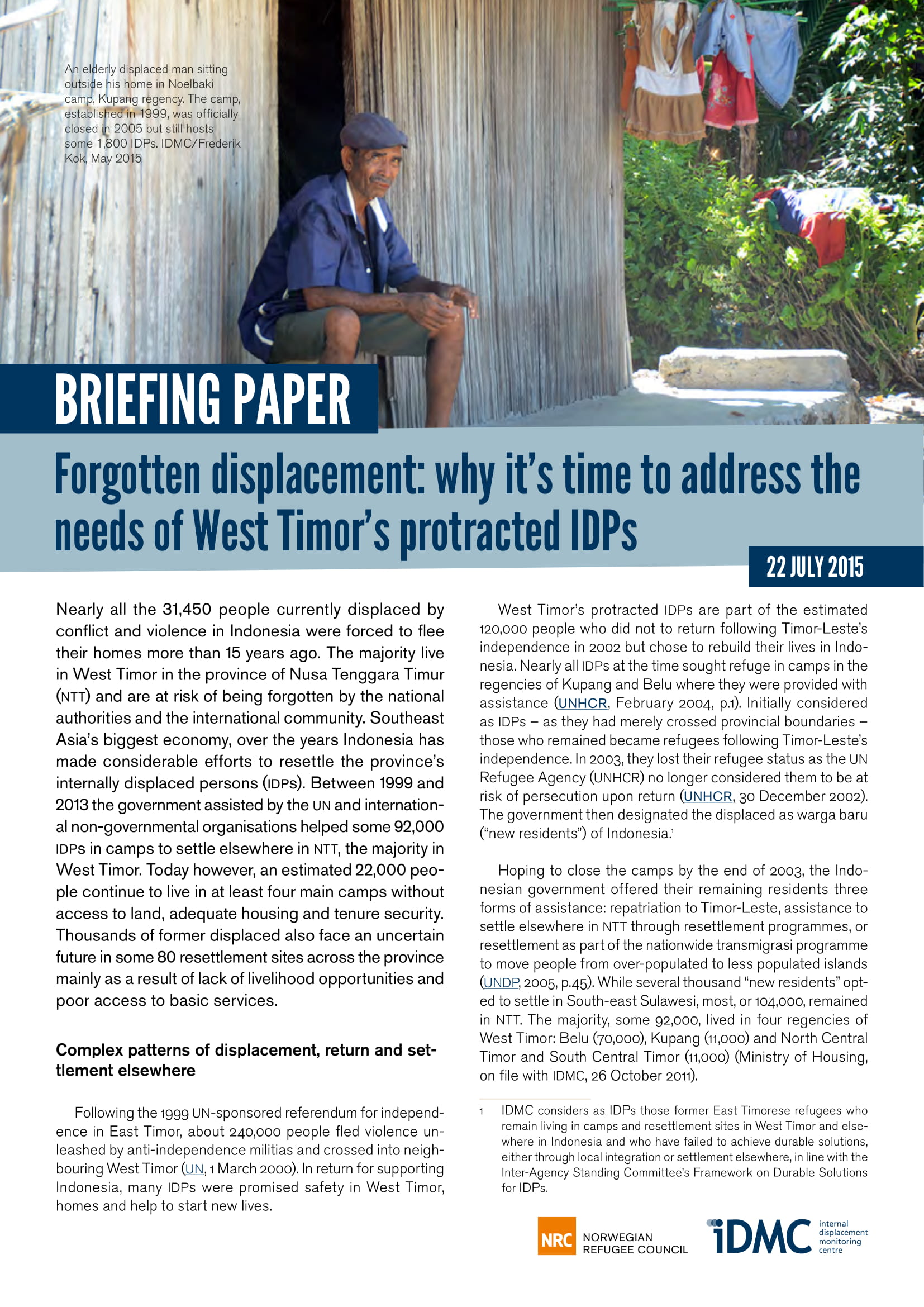 Nearly all the 31,450 people currently displaced by conflict and violence in Indonesia were forced to flee their homes more than 15 years ago. The majority live in West Timor in the province of Nusa Tenggara Timur (NTT) and are at risk of being forgotten by the national authorities and the international community. Southeast Asia’s biggest economy, over the years Indonesia has made considerable efforts to resettle the province’s internally displaced persons (IDPs). Between 1999 and 2013 the government assisted by the UN and international non-governmental organisations helped some 92,000 IDPs in camps to settle elsewhere in NTT, the majority in West Timor. Today however, an estimated 22,000 people continue to live in at least four main camps without access to land, adequate housing and tenure security. Thousands of former displaced also face an uncertain future in some 80 resettlement sites across the province mainly as a result of lack of livelihood opportunities and poor access to basic services.