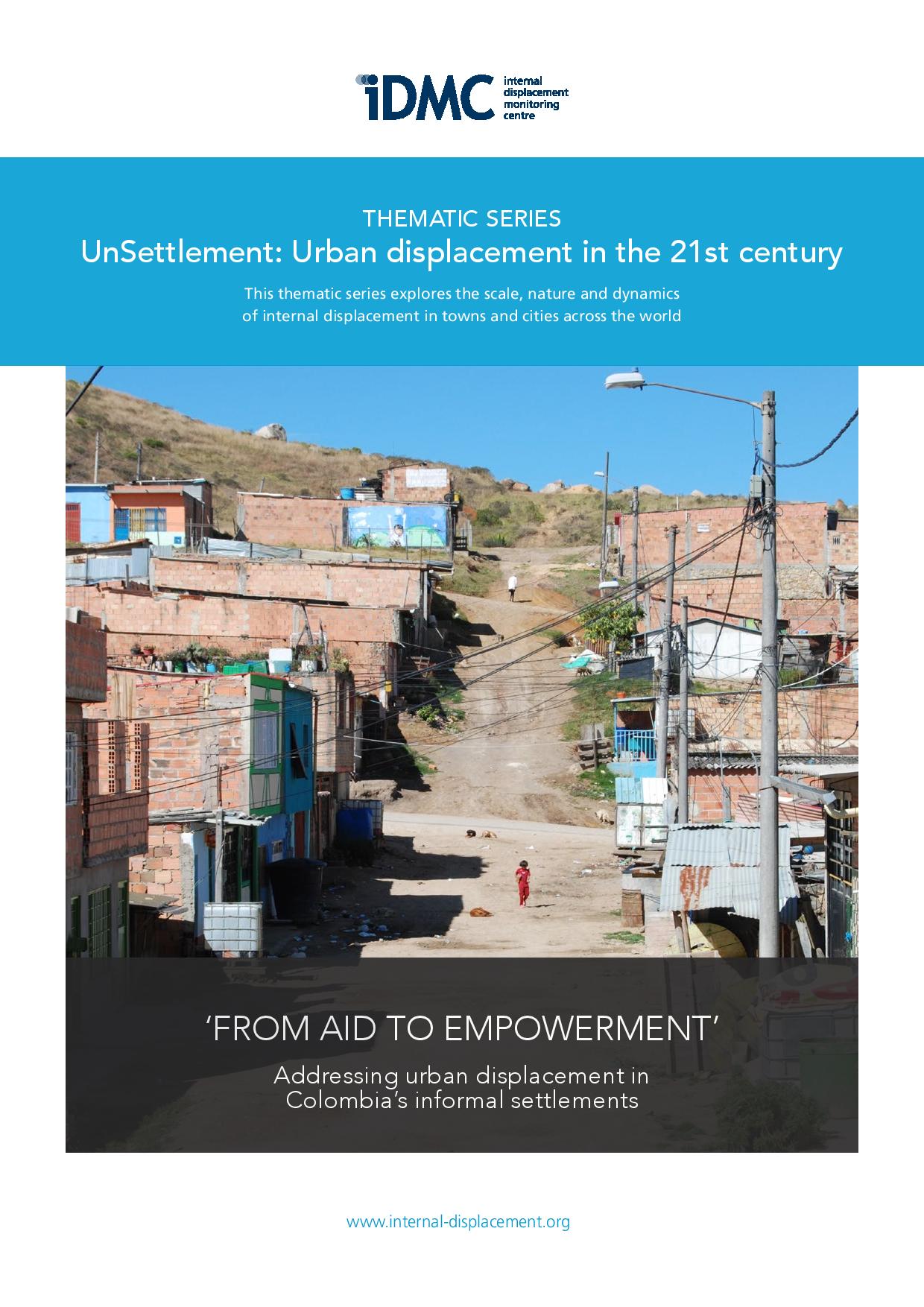 This study examines urban internal displacement in Colombia and analyses the humanitarian response to the needs of internally displaced people (IDPs) and their host communities in informal settlements. Research was undertaken in Altos de la Florida, an informal settlement in Soacha on the outskirts of Bogotá, between 2016 and 2019.

Colombia has the second-highest number of internally displaced people in the world, with 5.6 million. Nearly 90 per cent of the country’s IDPs have been displaced from rural to urban areas by conflict and violence, and informal urban settlements have become a refuge of last resort for many.

Internal displacement has played a significant role in the country’s rapid urbanisation. Around a quarter of the built areas of Colombian cities are informal settlements, as such urban areas have been at the forefront of the response to internal displacement.

Read the stories of three Colombians all displaced from rural to urban areas in our multimedia story feature.

Publication
Global food insecurity is on the rise, so is internal displacement. What is the relationship?
Expert opinion
Assessing the severity of displacement situations: data gaps and ways forward

Publication
Disaster Displacement in Asia and the Pacific

Publication
One year on: the Taliban takeover and Afghanistan's changing displacement crisis
Expert opinion
The truce in Yemen: Opportunities and challenges for IDPs
Expert opinion