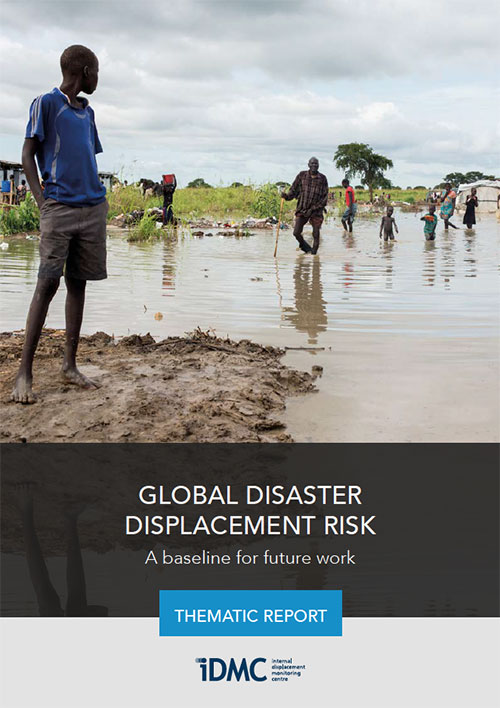 This thematic report lays the groundwork for addressing this gap and presents the first results generated by our Global Displacement Risk Model. The report frames displacement through the lens of risk rather than as something to be addressed only after it has occurred.

The modelling exercise, which is based on the latest data covering 204 countries and territories, calculates that sudden-onset disasters such as floods and cyclones are likely to displace on average 13.9 million people each year. This is a very conservative estimate which excludes those involved in pre-emptive evacuations.

Most of this displacement is being driven by flooding which is on the increase in a warming world where population growth in hazard-prone parts of the world has increased exposure.

Significantly, population exposure is a key component of displacement risk. More people are likely to be displaced by disasters in countries with large populations.

Hydro-meteorological hazards dominate all charts, but the good news is that hazards such as floods and cyclones can be predicted. This means that the projected displacement presented in the report can be reduced if pre-emptive disasters risk reduction measures are taken.

If investments in disaster risk reduction and climate resilience are made now as part of overall sustainable development planning, the scale of future displacement associated with disasters will be dramatically reduced.