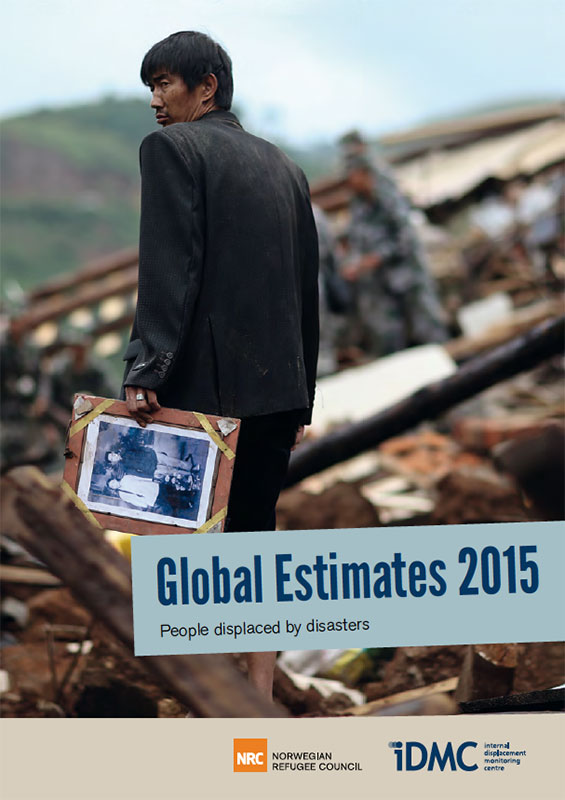 Latest figures from IDMC estimate that more than 19.3 million people were forced to flee their homes by disasters in 100 countries in 2014. Hundreds of thousands more are still displaced following disasters in previous years.

Since 2008, an average of 26.4 million people per year have been displaced from their homes by disasters brought on by natural hazards. This is the equivalent to one person being displaced every second. The number and scale of huge disasters creates significant fluctuation from year to year in the total number of people displaced, while the trend over decades is on the rise.

The time is opportune for displacement to be better addressed in major global policy agenda and their implementation in the post-2015 period. A comprehensive approach to displacement will help to forge strong links and continuity between these initiatives.

This annual report, the sixth of its kind, draws on information from a wide range of sources, including governments, UN and international organisations, NGOs and media, to provide up-to-date figures and analysis on displacement caused by disasters associated with rapid-onset geophysical and weather-related hazards such as earthquakes, volcanic eruptions, floods and storms.

19.3 million displaced by disasters but “mother nature not to blame’” says new report 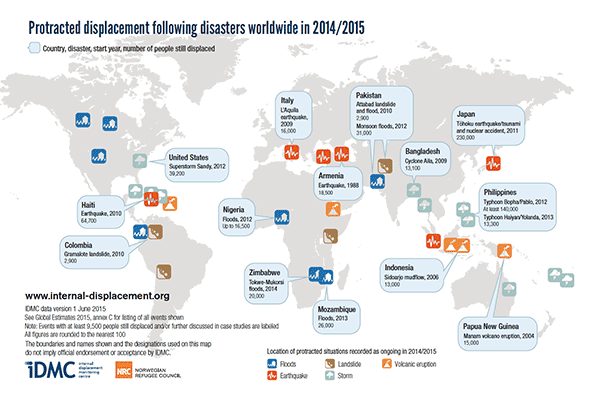 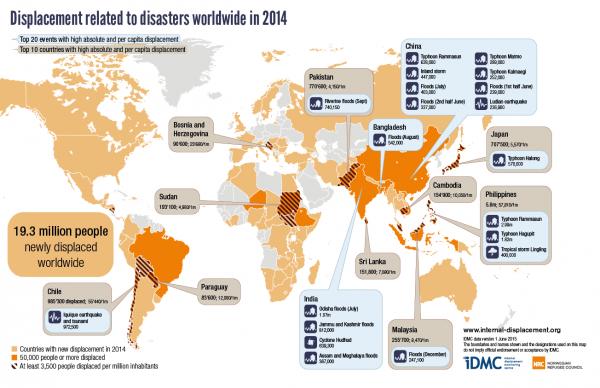 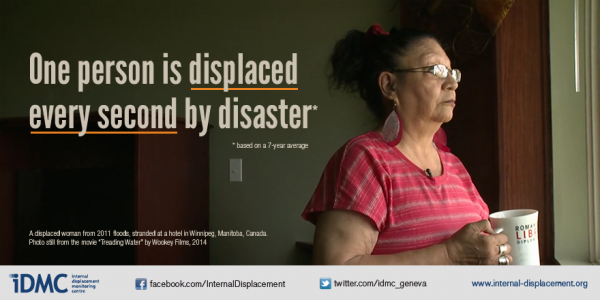 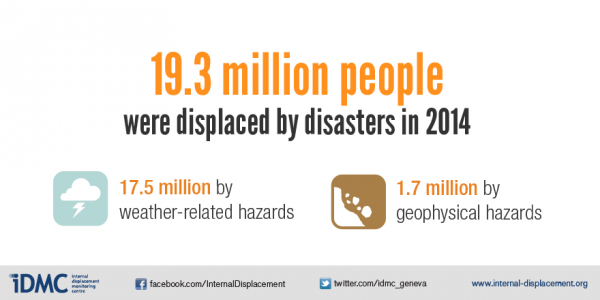 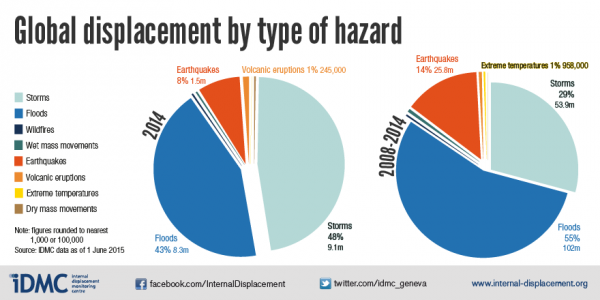 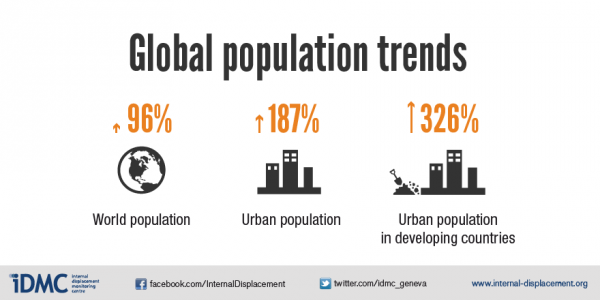 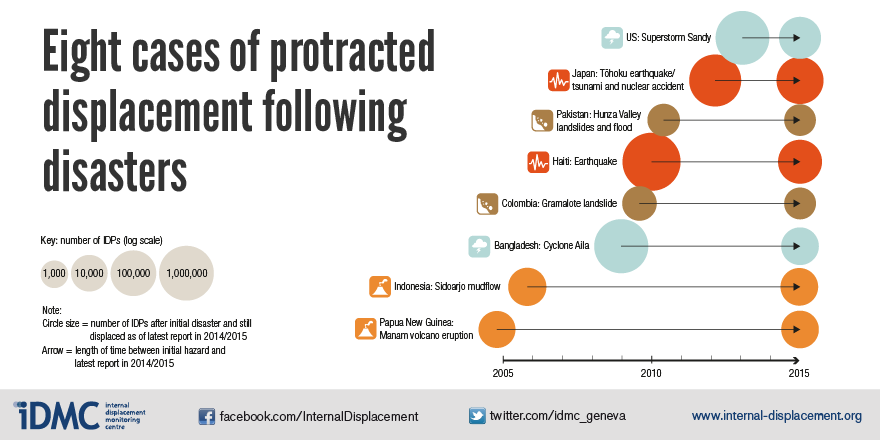 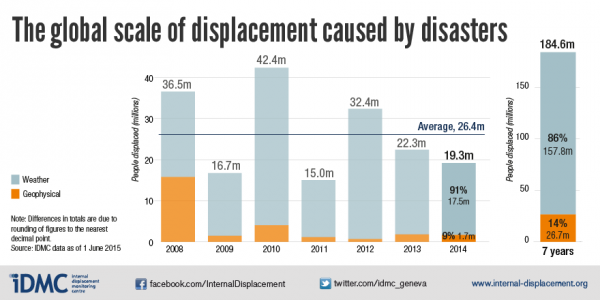 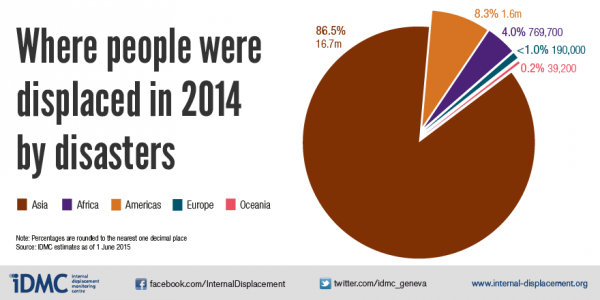 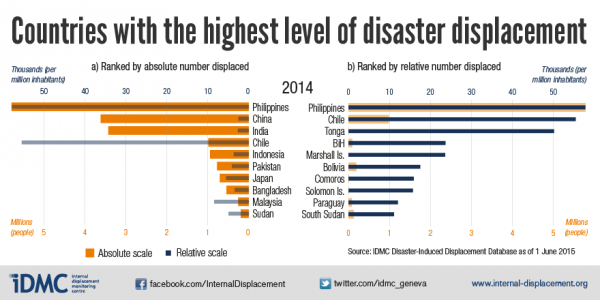