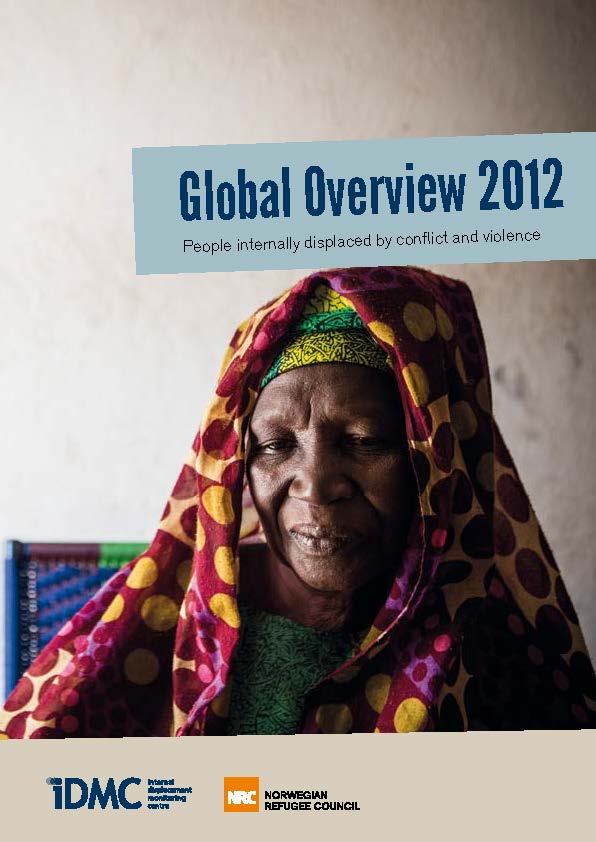 The total number of people internally displaced by armed conflict, generalised violence and human rights violations worldwide as of the end of 2012 was estimated to be 28.8 million. This represents an increase of 2.4 million on the previous year, and is the highest figure IDMC has ever recorded. Around 6.5 million people were newly displaced, almost twice as many as the 3.5 million during 2011.

The increase was the result of new large-scale population movements in several countries in Africa and the Middle East. The conflicts in Syria and the Democratic Republic of Congo (DRC) were responsible for around half of the new displacements, with 2.4 million and one million respectively, while an estimated 500,000 people fled their homes in both Sudan and India.

The higher figures for both overall and new displacement are consistent with the rise in the number of violent conflicts around the world. Reports suggest that there were more highly violent conflicts in Africa in 2012 than at any time since 1945.

The largest regional increase in the number of internally displaced people (IDPs) in 2012 was in the Middle East and North Africa, where 2.5 million people were forced to flee their homes. There are now almost six million IDPs in the region, a rise of 40 per cent on the 2011 total of 4.3 million. In the Middle East generally, and particularly in Syria, there has been a close correlation between the rapid escalation of conflict and the sharp rise in the number of IDPs.

Media Centre
Bearing the Intergenerational Cost of 10 Years of Conflict in Syria
Events
Internal displacement in Cameroon - why is the crisis neglected?
Events
Burst of violence in Darfur triggers Sudan's highest number of conflict displacements in six years