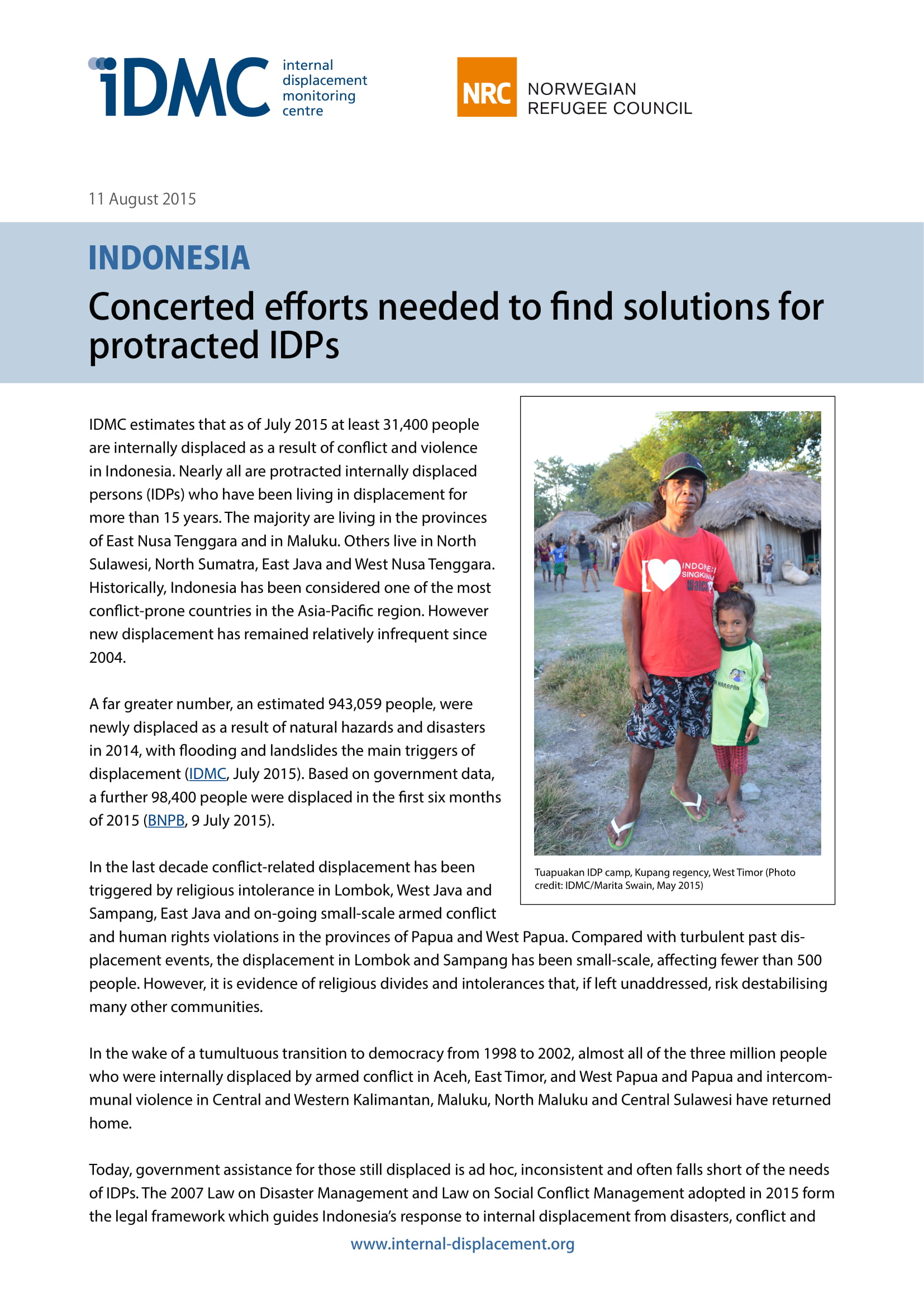 IDMC estimates that as of July 2015 at least 31,400 people are internally displaced as a result of conflict and violence in Indonesia. Nearly all are protracted internally displaced persons (IDPs) who have been living in displacement for more than 15 years. The majority are living in the provinces of East Nusa Tenggara and in Maluku. Others live in North Sulawesi, North Sumatra, East Java and West Nusa Tenggara. Historically, Indonesia has been considered one of the most conflict-prone countries in the Asia-Pacific region. However new displacement has remained relatively infrequent since 2004.

A far greater number, an estimated 943,059 people, were newly displaced as a result of natural hazards and disasters in 2014, with flooding and landslides the main triggers of displacement (IDMC, July 2015). Based on government data, a further 98,400 people were displaced in the first six months of 2015 (BNPB, 9 July 2015).