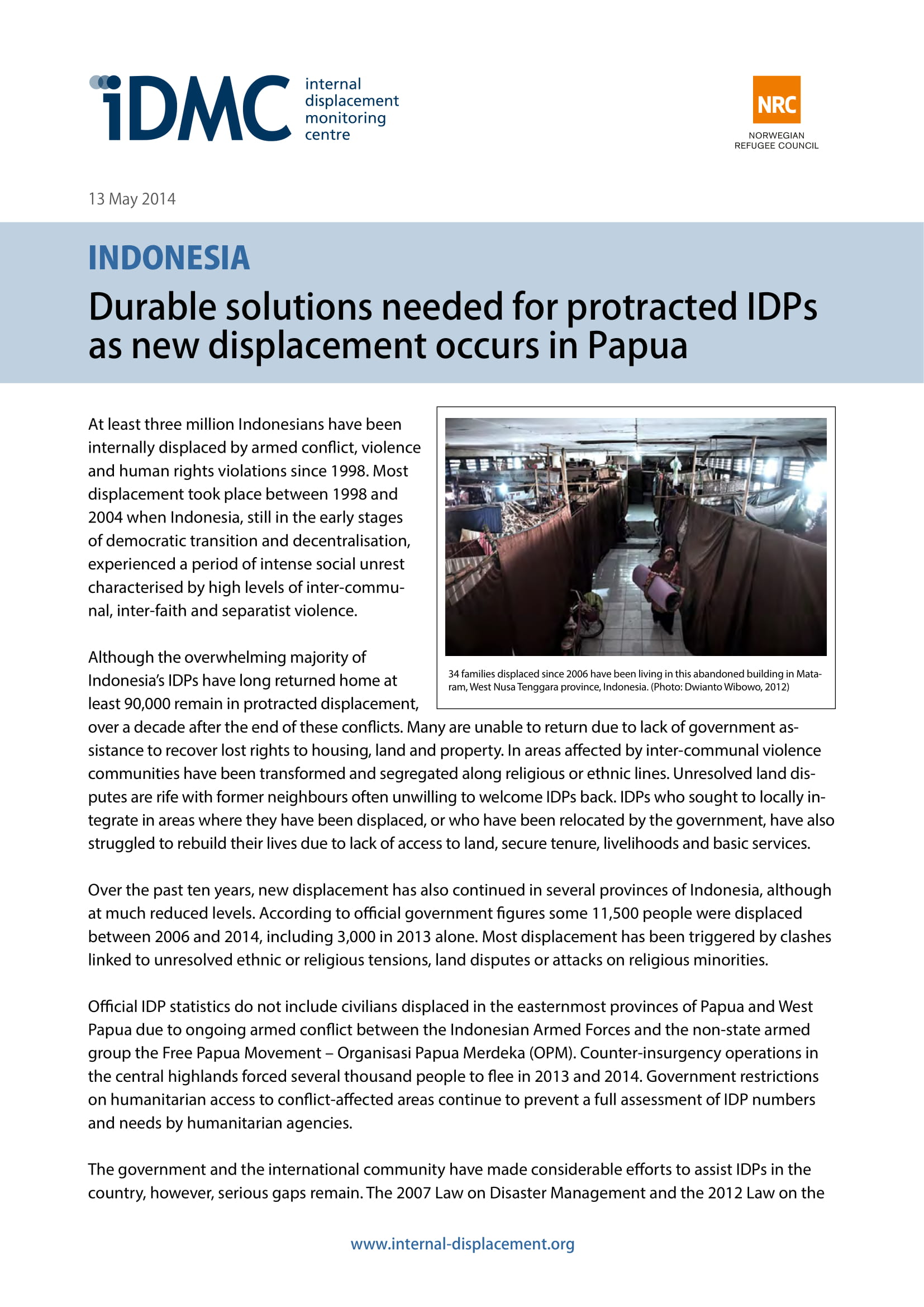 At least three million Indonesians have been internally displaced by armed conflict, violence and human rights violations since 1998. Most displacement took place between 1998 and 2004 when Indonesia, still in the early stages of democratic transition and decentralisation, experienced a period of intense social unrest characterised by high levels of inter-communal, inter-faith and separatist violence.

Although the overwhelming majority of Indonesia’s IDPs have long returned home at least 90,000 remain in protracted displacement, over a decade after the end of these conflicts. Many are unable to return due to lack of government assistance to recover lost rights to housing, land and property. In areas affected by inter-communal violence communities have been transformed and segregated along religious or ethnic lines. Unresolved land disputes are rife with former neighbours often unwilling to welcome IDPs back. IDPs who sought to locally integrate in areas where they have been displaced, or who have been relocated by the government, have also struggled to rebuild their lives due to lack of access to land, secure tenure, livelihoods and basic services.

Over the past ten years, new displacement has also continued in several provinces of Indonesia, although at much reduced levels. According to official government figures some 11,500 people were displaced between 2006 and 2014, including 3,000 in 2013 alone. Most displacement has been triggered by clashes linked to unresolved ethnic or religious tensions, land disputes or attacks on religious minorities.