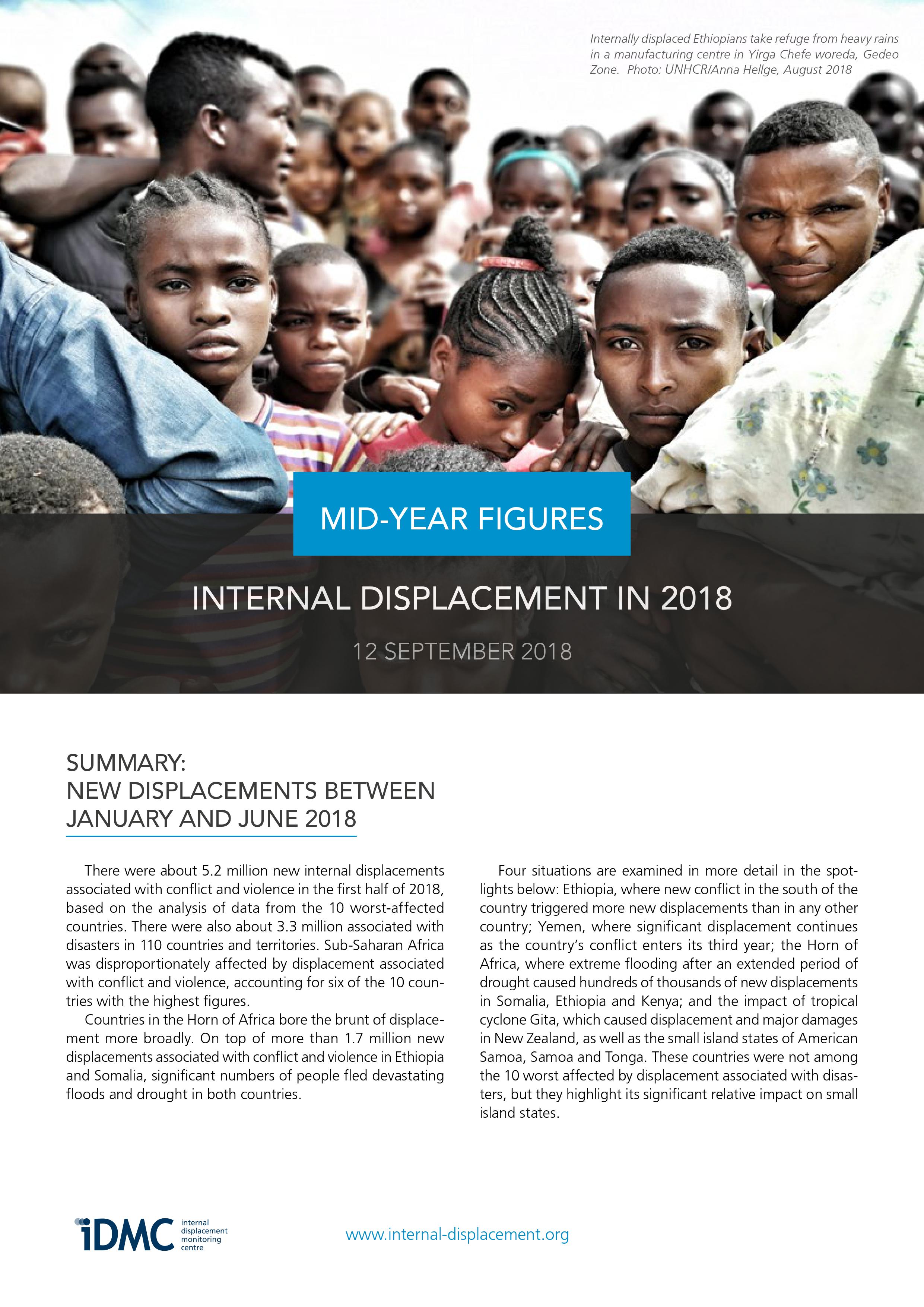 IDMC publishes mid-year figures in September, which reveal the most significant new displacement recorded in the first half of the year. The 2018 report showed 5.2 million new internal displacements associated with conflict and violence took place between January to June, (based on the analysis of data from the 10 worst-affected countries). Ethiopia surpassed both Syria and the Democratic Republic of the Congo.