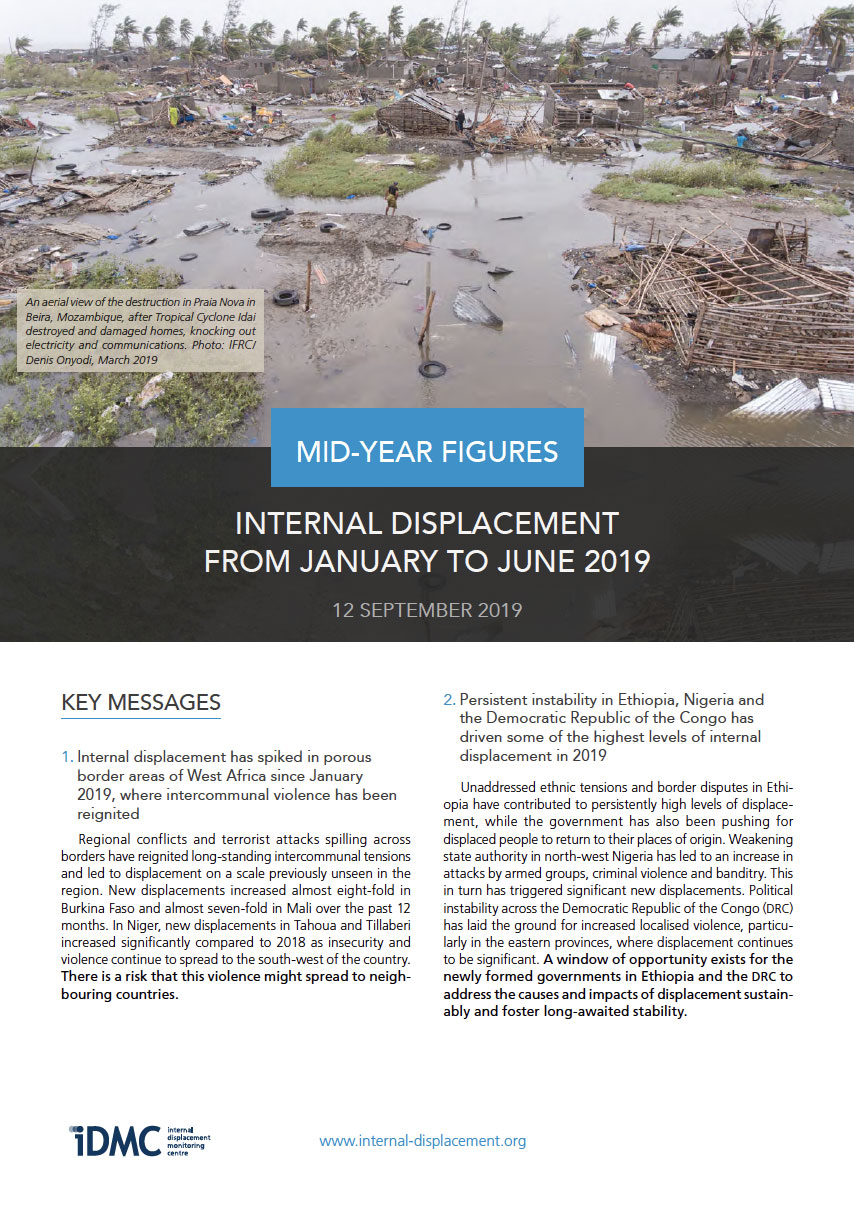 IDMC’s mid-year figures reveal the most significant new internal displacements associated with conflict, violence and disasters around the world between January and June. The report serves as an important temperature gauge of global displacement halfway through the year, looking ahead to the trends and patterns expected in the months to come.

There were about 10.8 million new displacements worldwide in the first half of 2019, seven million triggered by disasters and 3.8 million by conflict and violence. Extreme weather events, particularly storms and floods, were responsible for most of the disaster displacement. Cyclone Fani and cyclone Idai triggered more than four million displacements between them and devastating floods in Iran affected 90 per cent of the country. Fragmented international peace efforts mean that overwhelmingly high numbers continue to be displaced in Syria, Yemen, Afghanistan and Libya. Persistent instability in the Democratic Republic of the Congo, Ethiopia and Nigeria has left space for localised violence to take hold. And displacement has spiked in porous border areas of West Africa where intercommunal violence has been reignited.