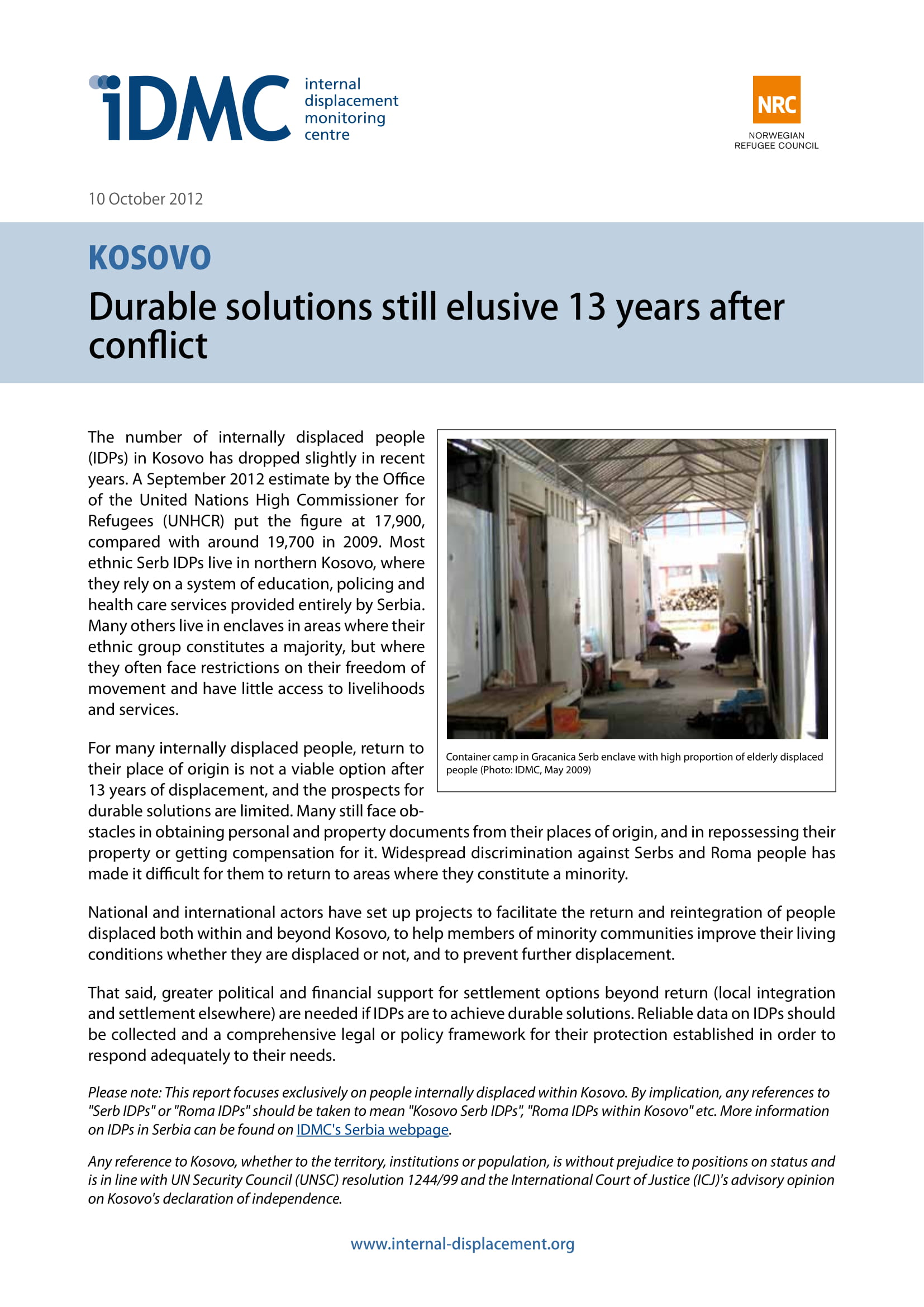 The number of internally displaced people (IDPs) in Kosovo has dropped slightly in recent years. A September 2012 estimate by the Office of the United Nations High Commissioner for Refugees (UNHCR) put the figure at 17,900, compared with around 19,700 in 2009. Most ethnic Serb IDPs live in northern Kosovo, where they rely on a system of education, policing and health care services provided entirely by Serbia. Many others live in enclaves in areas where their ethnic group constitutes a majority, but where they often face restrictions on their freedom of movement and have little access to livelihoods and services.

For many internally displaced people, return to their place of origin is not a viable option after 13 years of displacement, and the prospects for durable solutions are limited. Many still face obstacles in obtaining personal and property documents from their places of origin, and in repossessing their property or getting compensation for it. Widespread discrimination against Serbs and Roma people has made it difficult for them to return to areas where they constitute a minority.

National and international actors have set up projects to facilitate the return and reintegration of people displaced both within and beyond Kosovo, to help members of minority communities improve their living conditions whether they are displaced or not, and to prevent further displacement.

That said, greater political and financial support for settlement options beyond return (local integration and settlement elsewhere) are needed if IDPs are to achieve durable solutions. Reliable data on IDPs should be collected and a comprehensive legal or policy framework for their protection established in order to respond adequately to their needs.