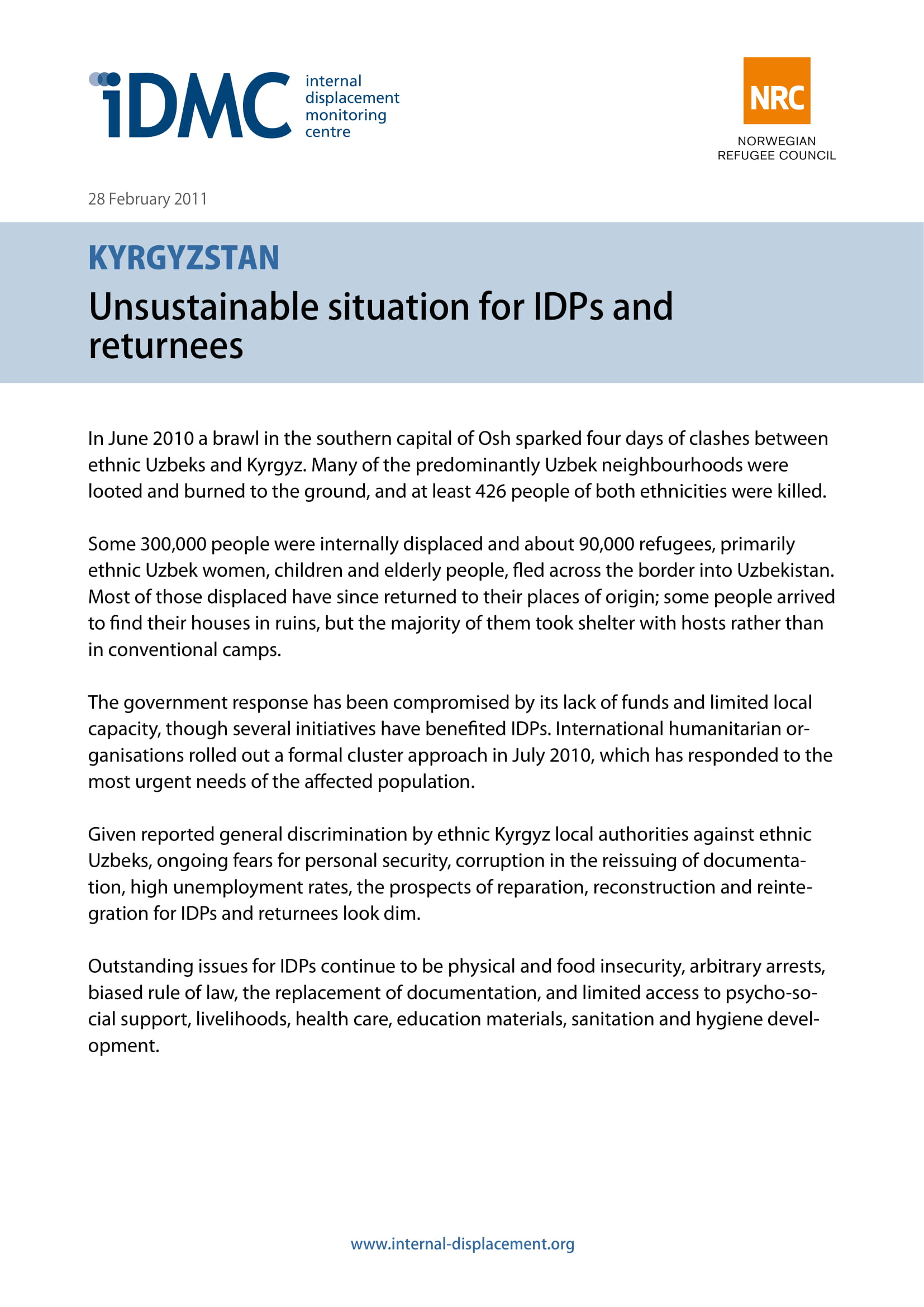 In June 2010 a brawl in the southern capital of Osh sparked four days of clashes between ethnic Uzbeks and Kyrgyz. Many of the predominantly Uzbek neighbourhoods were looted and burned to the ground, and at least 426 people of both ethnicities were killed.

Some 300,000 people were internally displaced and about 90,000 refugees, primarily ethnic Uzbek women, children and elderly people, fled across the border into Uzbekistan. Most of those displaced have since returned to their places of origin; some people arrived to find their houses in ruins, but the majority of them took shelter with hosts rather than in conventional camps.

The government response has been compromised by its lack of funds and limited local capacity, though several initiatives have benefited IDPs. International humanitarian organisations rolled out a formal cluster approach in July 2010, which has responded to the most urgent needs of the affected population.

Given reported general discrimination by ethnic Kyrgyz local authorities against ethnic Uzbeks, ongoing fears for personal security, corruption in the reissuing of documentation, high unemployment rates, the prospects of reparation, reconstruction and reintegration for IDPs and returnees look dim.