Leaving no one behind: internal displacement and the New Urban Agenda 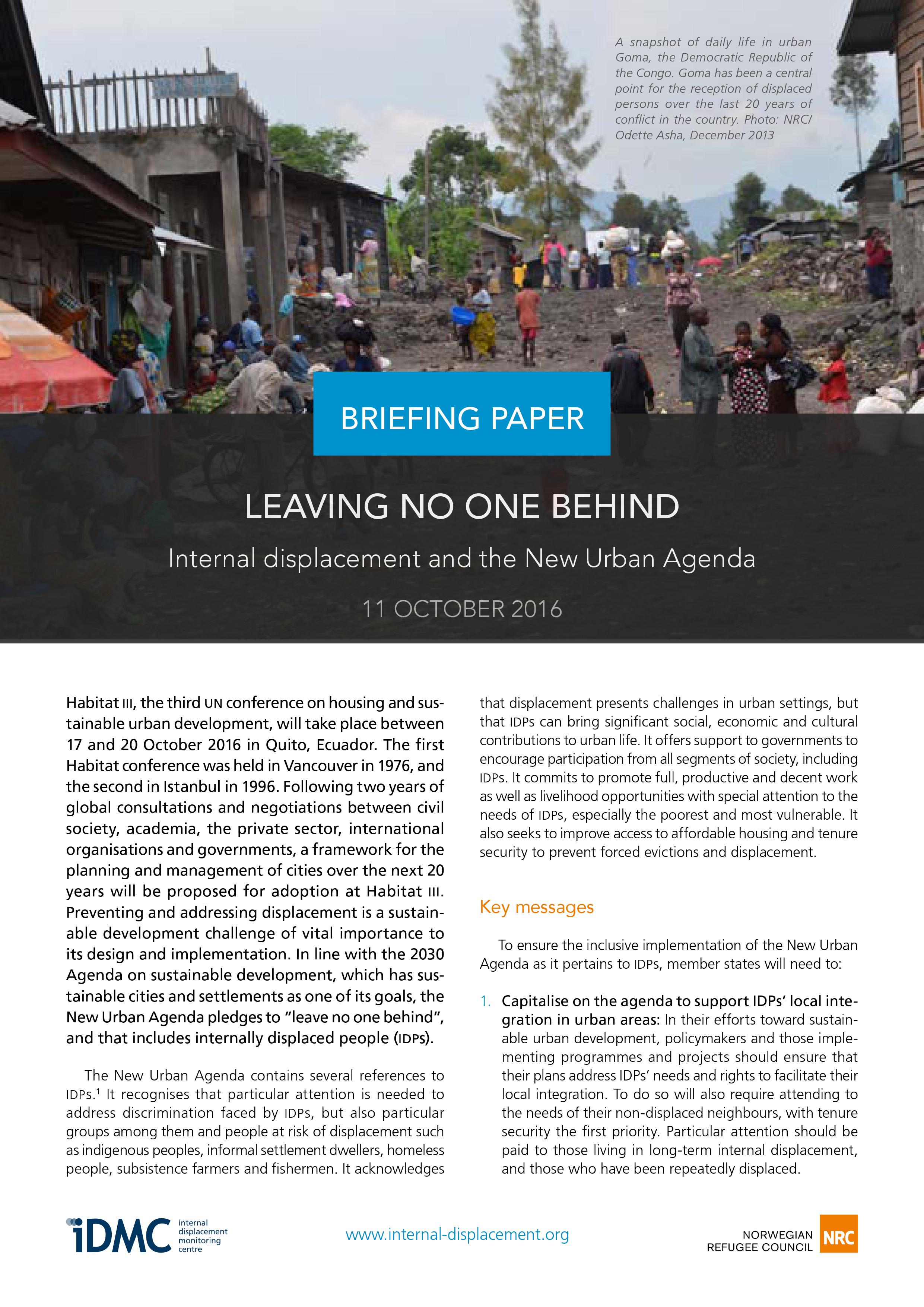 Many internally displaced people (IDPs) find refuge in cities. However, the scale of global urban internal displacement caused by violence, conflict, disasters and development projects is unknown. Cities struggle to accommodate IDPs since their movements are largely spontaneous, and some authorities may resist helping IDPs for fear of encouraging further influxes. Meanwhile, IDPs face displacement-specific challenges to rebuild their lives in urban settings and may be displaced again in the process due to lack of housing tenure security and violence and insecurity.

There is a unique opportunity with the New Urban Agenda to address the needs of IDPs in urban settings. To be adopted at the UN Conference on Housing and Sustainable Urban Development, Habitat III, the Agenda pledges to “leave no one behind”, including IDPs.

This brief recommends that UN member states capitalise on the agenda to support integration of IDPs in urban areas, ensure development work to implement the agenda does not displace people and respects their rights, address the drivers of urban displacement, view IDPs as social and economic agents of urban development processes and collect and analyse data on urban IDPs to ensure they are not left behind.