Living in the shadows : Displaced Lumads locked in a cycle of poverty 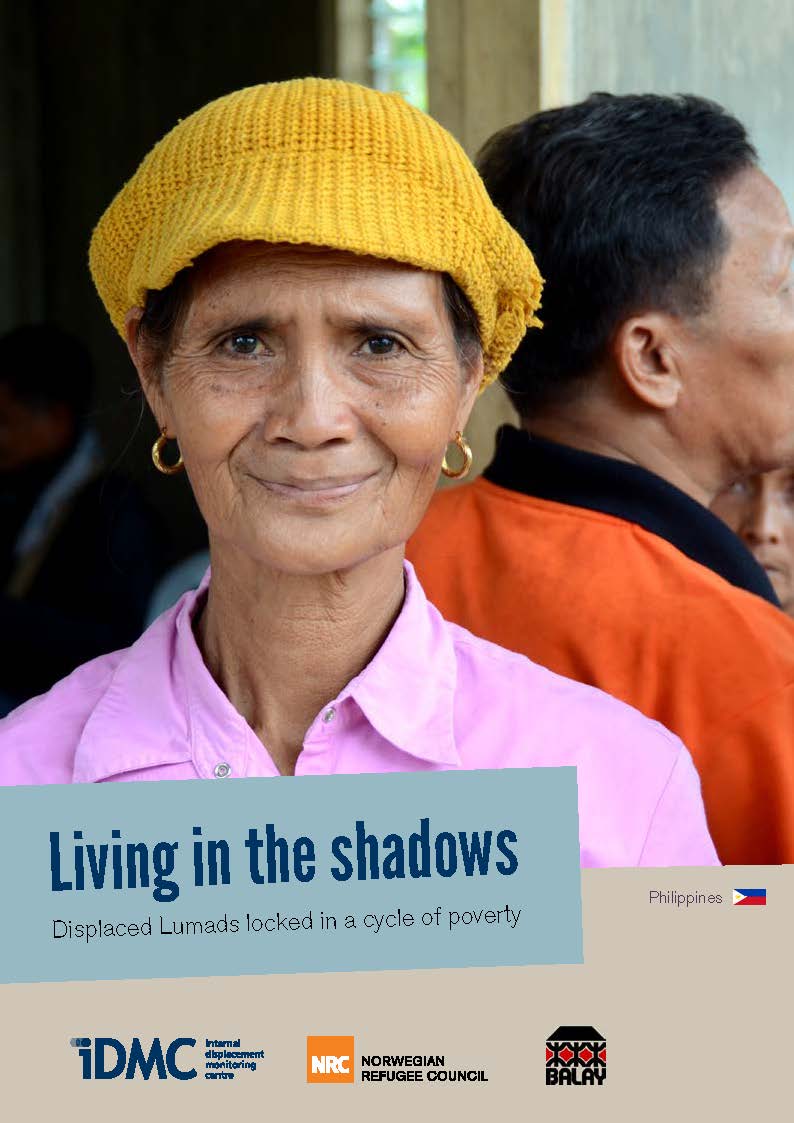 The conflict between the government and the New People’s Army (NPA), the armed wing of the Communist Party of the Philippines, is one of the world’s longest-running. It continues to attract little national or international attention. Peace talks, resumed in 2011, have so far progressed very little as neither party appears willing to make any concessions. The effects of the conflict are felt throughout the country, but they are particularly strong in eastern Mindanao, one of the NPA’s stronghold. Inhabitants are regularly displaced by armed clashes but also by the militarisation of their communities as the army consolidates its presence in the region. There are reports of violations of a number of human rights and of international humanitarian law (IHL). These include indiscriminate bombardments, the use of schools as barracks and command centres, harassment, threats, forced labour, restricted freedom of movement and extra-judicial killings that are contributing to a climate of fear and insecurity and leading to displacements.

Publication
Uprooted and overlooked: Why people with disabilities fleeing conflict and violence are among those most at risk
Expert opinion
Virtual Launch of the Mixed Migration Review 2021
Events
Severity of internal displacement, 2021 Report