LRA-related displacement in central Africa: An end to the emergency, but not to IDPs’ needs 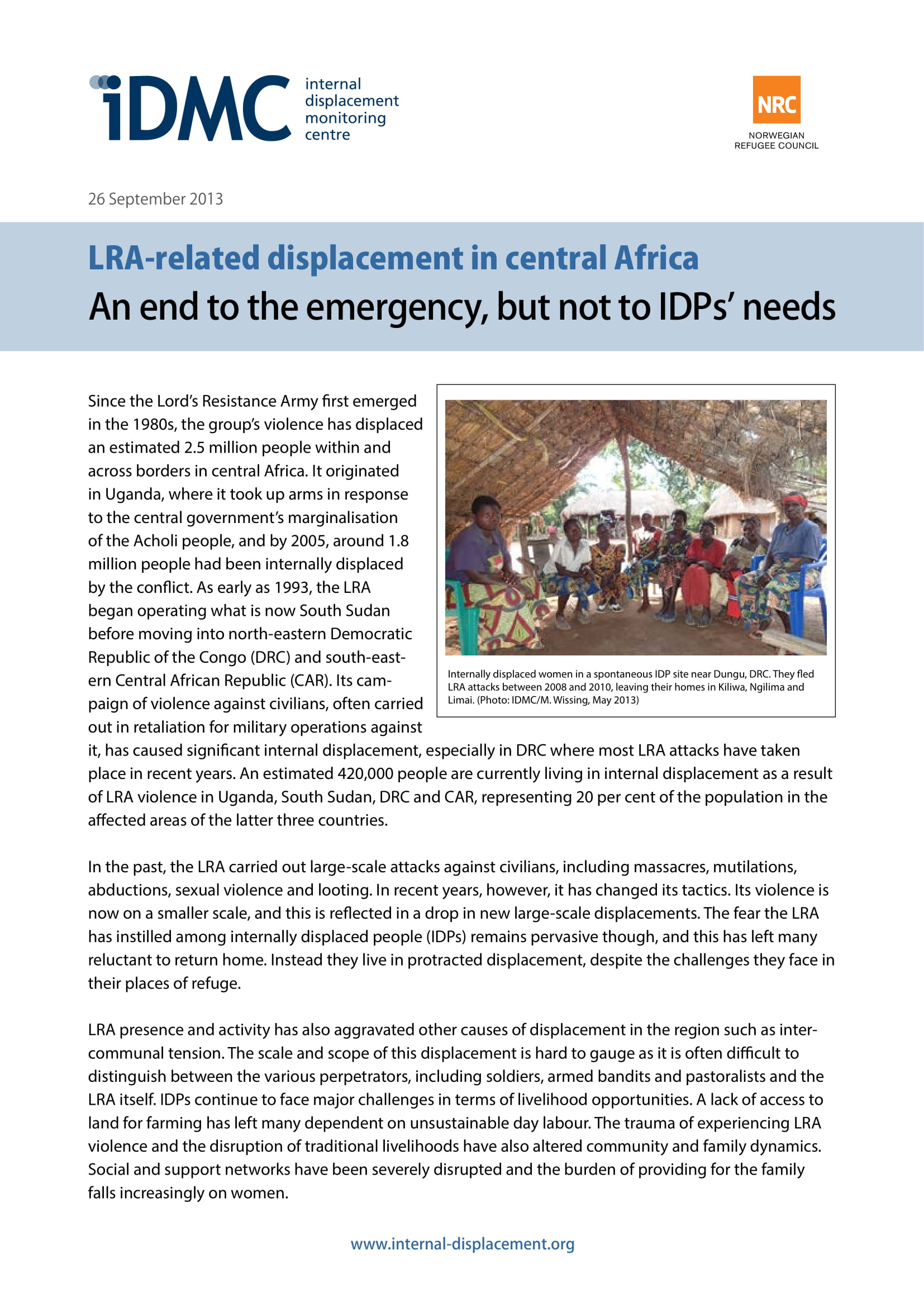 Since the Lord’s Resistance Army first emerged in the 1980s, the group’s violence has displaced an estimated 2.5 million people within and across borders in central Africa. It originated in Uganda, where it took up arms in response to the central government’s marginalisation of the Acholi people, and by 2005, around 1.8 million people had been internally displaced by the conflict. As early as 1993, the LRA began operating what is now South Sudan before moving into north-eastern Democratic Republic of the Congo (DRC) and south-eastern Central African Republic (CAR). Its campaign of violence against civilians, often carried out in retaliation for military operations against it, has caused significant internal displacement, especially in DRC where most LRA attacks have taken place in recent years. An estimated 420,000 people are currently living in internal displacement as a result of LRA violence in Uganda, South Sudan, DRC and CAR, representing 20 per cent of the population in the affected areas of the latter three countries.

Media Centre
The road was long - A voice from Ukraine
Shorthand
Post-coup displacement in Myanmar: What we know, and what we don't
Expert opinion