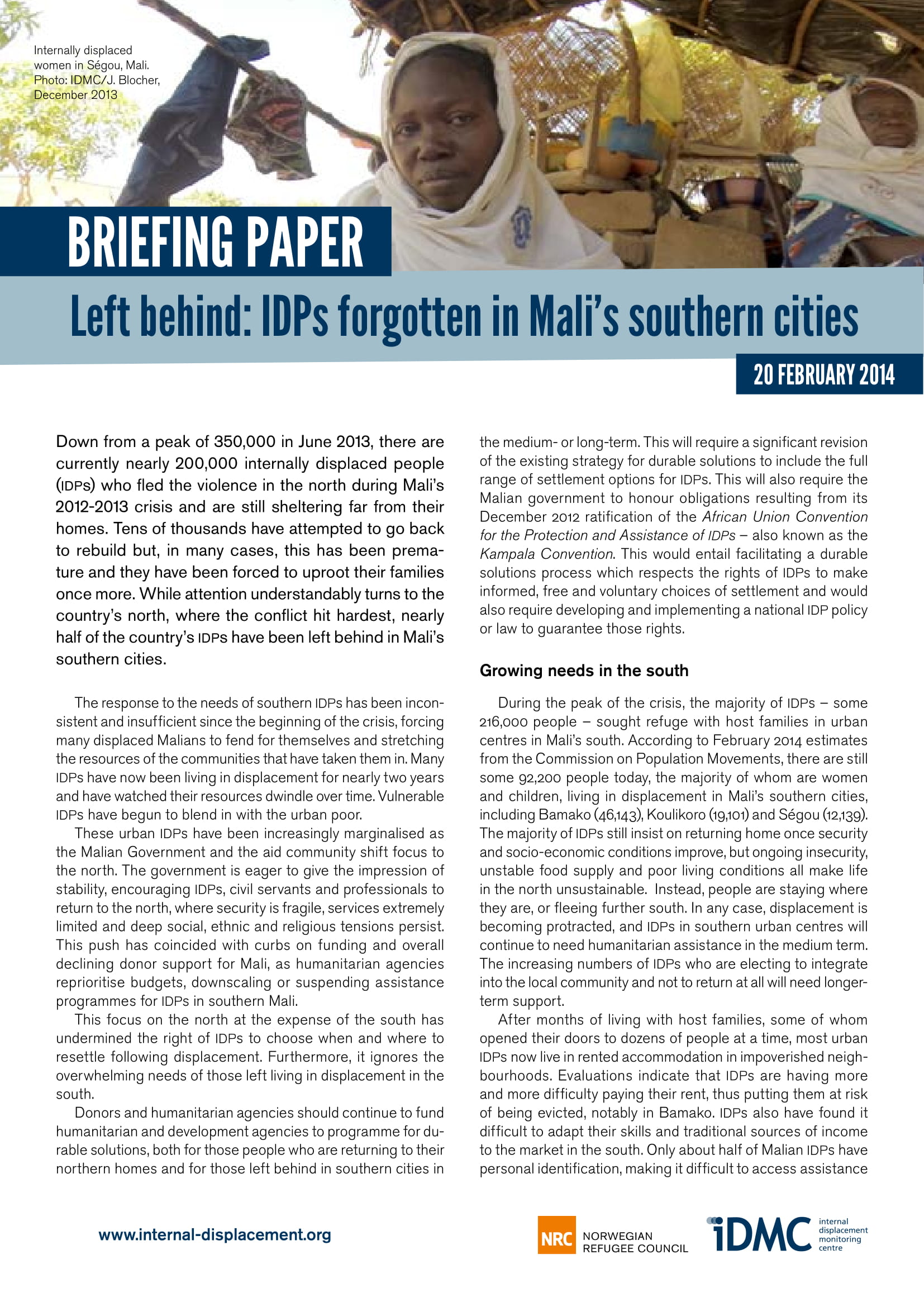 Down from a peak of 350,000 in June 2013, there are currently nearly 200,000 internally displaced people (IDPs) who fled the violence in the north during Mali’s 2012-2013 crisis and are still sheltering far from their homes. Tens of thousands have attempted to go back to rebuild but, in many cases, this has been premature and they have been forced to uproot their families once more. While attention understandably turns to the country’s north, where the conflict hit hardest, nearly half of the country’s IDPs have been left behind in Mali’s southern cities.