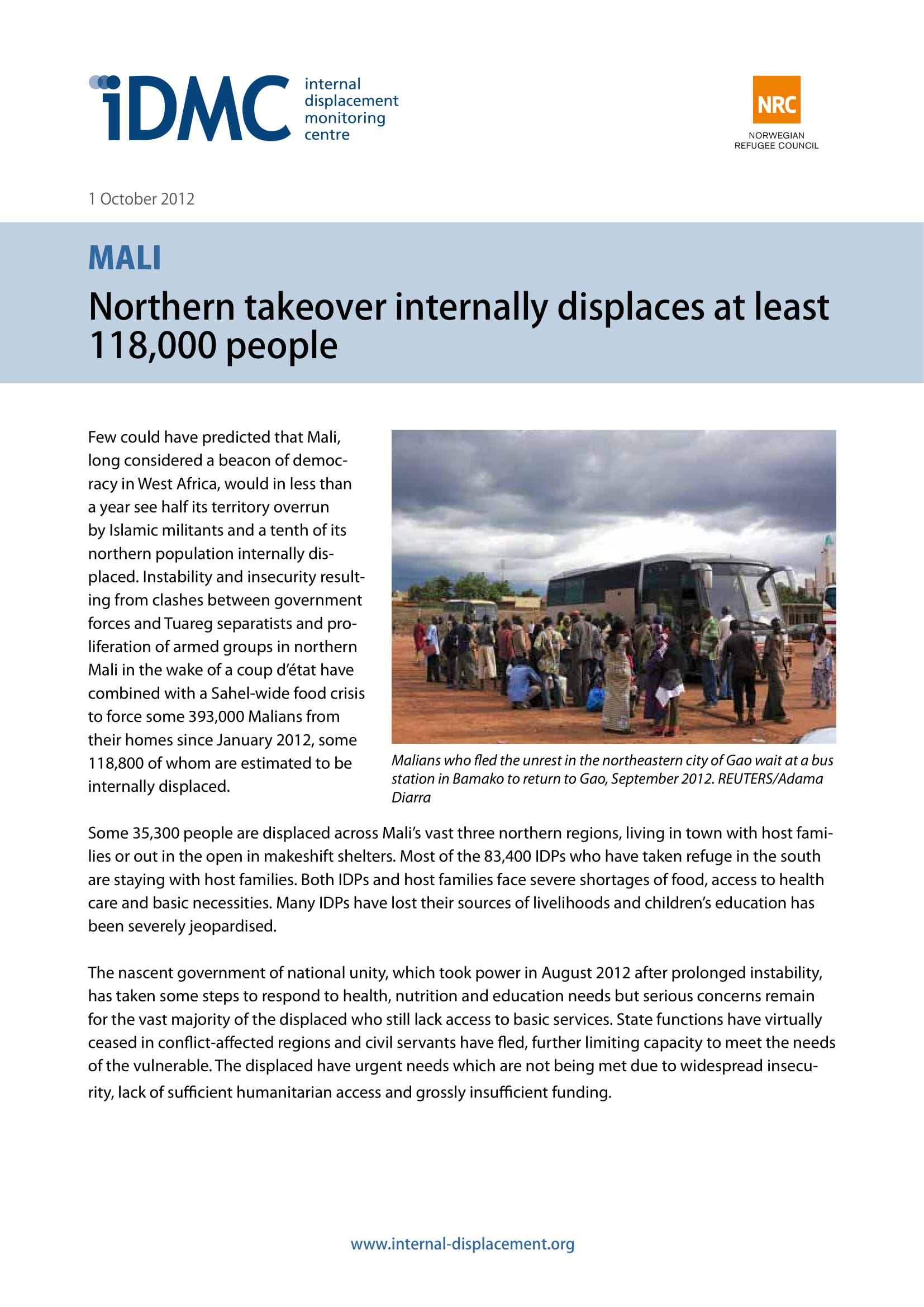 Few could have predicted that Mali, long considered a beacon of democracy in West Africa, would in less than a year see half its territory overrun by Islamic militants and a tenth of its northern population internally displaced. Instability and insecurity resulting from clashes between government forces and Tuareg separatists and proliferation of armed groups in northern Mali in the wake of a coup d’état have combined with a Sahel-wide food crisis to force some 393,000 Malians from their homes since January 2012, some 118,800 of whom are estimated to be internally displaced.

Some 35,300 people are displaced across Mali’s vast three northern regions, living in town with host families or out in the open in makeshift shelters. Most of the 83,400 IDPs who have taken refuge in the south are staying with host families. Both IDPs and host families face severe shortages of food, access to health care and basic necessities. Many IDPs have lost their sources of livelihoods and children’s education has been severely jeopardised.

The nascent government of national unity, which took power in August 2012 after prolonged instability, has taken some steps to respond to health, nutrition and education needs but serious concerns remain for the vast majority of the displaced who still lack access to basic services. State functions have virtually ceased in conflict-affected regions and civil servants have fled, further limiting capacity to meet the needs of the vulnerable. The displaced have urgent needs which are not being met due to widespread insecurity, lack of sufficient humanitarian access and grossly insufficient funding.