Mali: Stability slowly returning but durable solutions a remote possibility for many IDPs 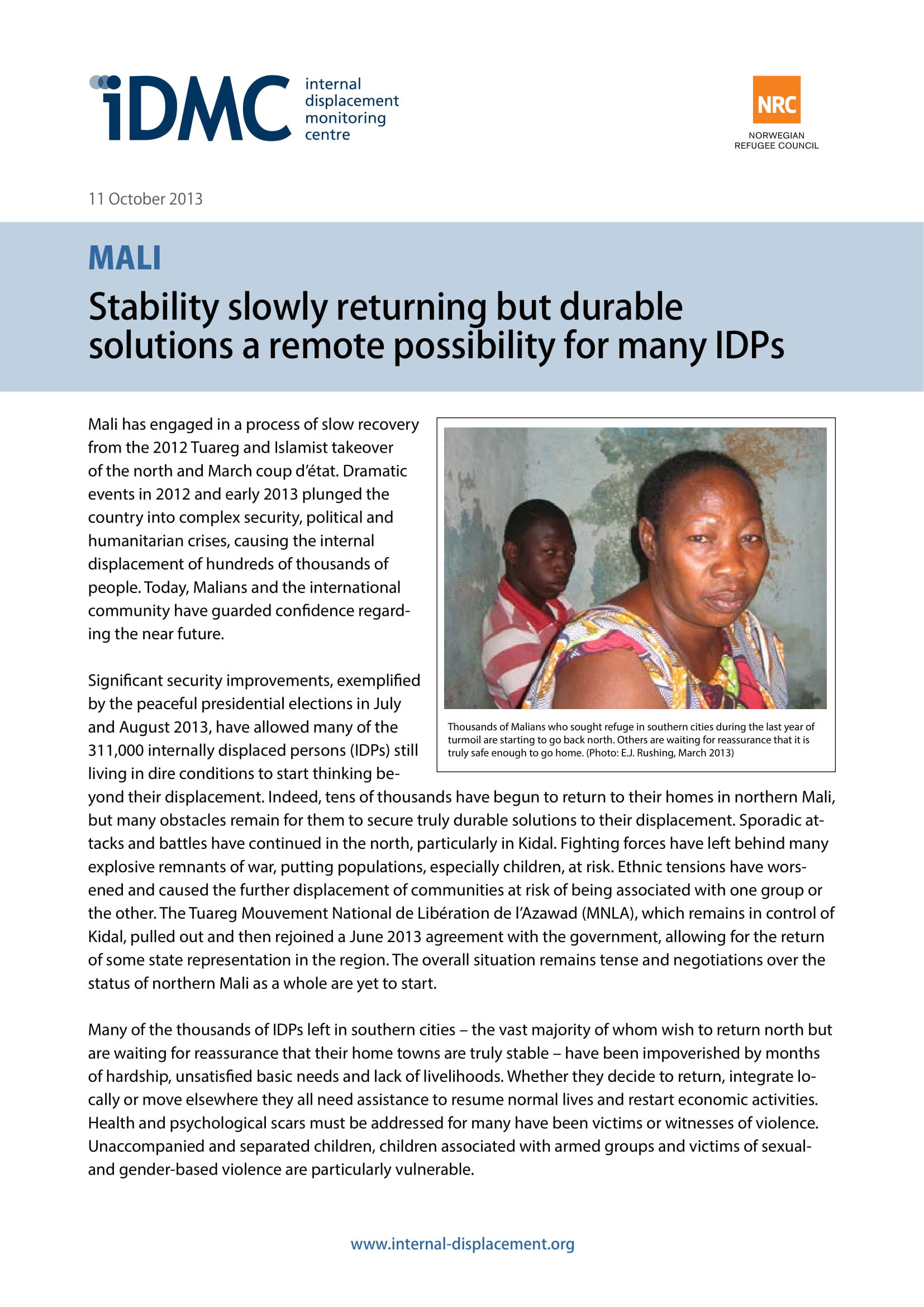 Mali has engaged in a process of slow recovery from the 2012 Tuareg and Islamist takeover of the north and March coup d’état. Dramatic events in 2012 and early 2013 plunged the country into complex security, political and humanitarian crises, causing the internal displacement of hundreds of thousands of people. Today, Malians and the international community have guarded confidence regarding the near future.

Significant security improvements, exemplified by the peaceful presidential elections in July and August 2013, have allowed many of the 311,000 internally displaced persons (IDPs) still living in dire conditions to start thinking beyond their displacement. Indeed, tens of thousands have begun to return to their homes in northern Mali, but many obstacles remain for them to secure truly durable solutions to their displacement. Sporadic attacks and battles have continued in the north, particularly in Kidal. Fighting forces have left behind many explosive remnants of war, putting populations, especially children, at risk. Ethnic tensions have worsened and caused the further displacement of communities at risk of being associated with one group or the other. The Tuareg Mouvement National de Libération de l’Azawad (MNLA), which remains in control of Kidal, pulled out and then rejoined a June 2013 agreement with the government, allowing for the return of some state representation in the region. The overall situation remains tense and negotiations over the status of northern Mali as a whole are yet to start.

Many of the thousands of IDPs left in southern cities – the vast majority of whom wish to return north but are waiting for reassurance that their home towns are truly stable – have been impoverished by months of hardship, unsatisfied basic needs and lack of livelihoods. Whether they decide to return, integrate locally or move elsewhere they all need assistance to resume normal lives and restart economic activities. Health and psychological scars must be addressed for many have been victims or witnesses of violence. Unaccompanied and separated children, children associated with armed groups and victims of sexual- and gender-based violence are particularly vulnerable.