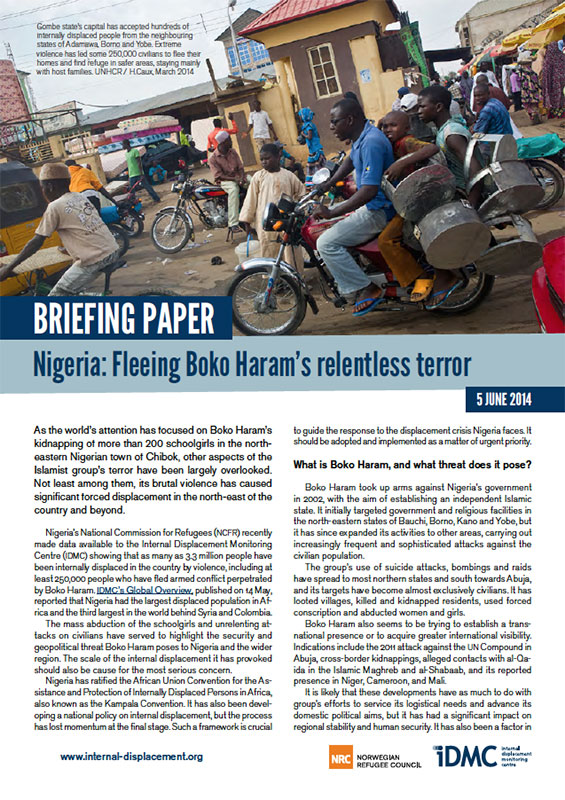 As the world’s attention has focused on Boko Haram’s kidnapping of more than 200 schoolgirls in the northeastern Nigerian town of Chibok, other aspects of the Islamist group’s terror have been largely overlooked. Not least among them, its brutal violence has caused significant forced displacement in the north-east of the country and beyond.

IDMC's latest briefing paper on displacement by Boko Haram reveals that in the last 10 months, extreme violence has caused some 250,000 to flee their homes, with complex displacement patterns emerging as a consequence

Building on the momentum

Publication
Hidden Pride: The challenges faced by LGBTIQ IDPs
Expert opinion
Deadly surge in gang violence in Haiti’s capital displaces nearly twice as many people in June than in all of 2020