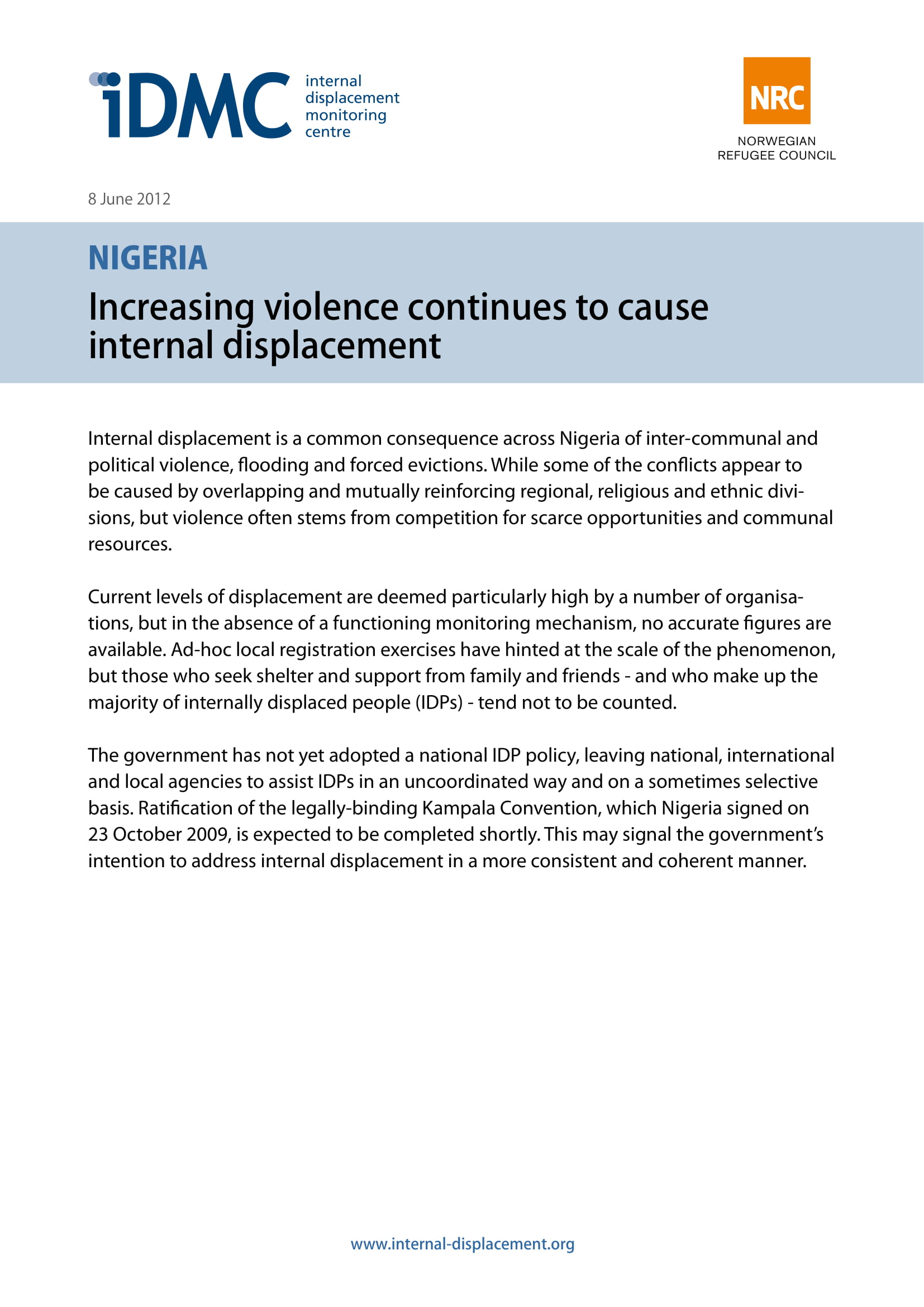 Internal displacement is a common consequence across Nigeria of inter-communal and political violence, flooding and forced evictions. While some of the conflicts appear to be caused by overlapping and mutually reinforcing regional, religious and ethnic divisions, but violence often stems from competition for scarce opportunities and communal resources.

Current levels of displacement are deemed particularly high by a number of organisations, but in the absence of a functioning monitoring mechanism, no accurate figures are available. Ad-hoc local registration exercises have hinted at the scale of the phenomenon, but those who seek shelter and support from family and friends - and who make up the majority of internally displaced people (IDPs) - tend not to be counted.

The government has not yet adopted a national IDP policy, leaving national, international and local agencies to assist IDPs in an uncoordinated way and on a sometimes selective basis. Ratification of the legally-binding Kampala Convention, which Nigeria signed on 23 October 2009, is expected to be completed shortly. This may signal the government’s intention to address internal displacement in a more consistent and coherent manner.