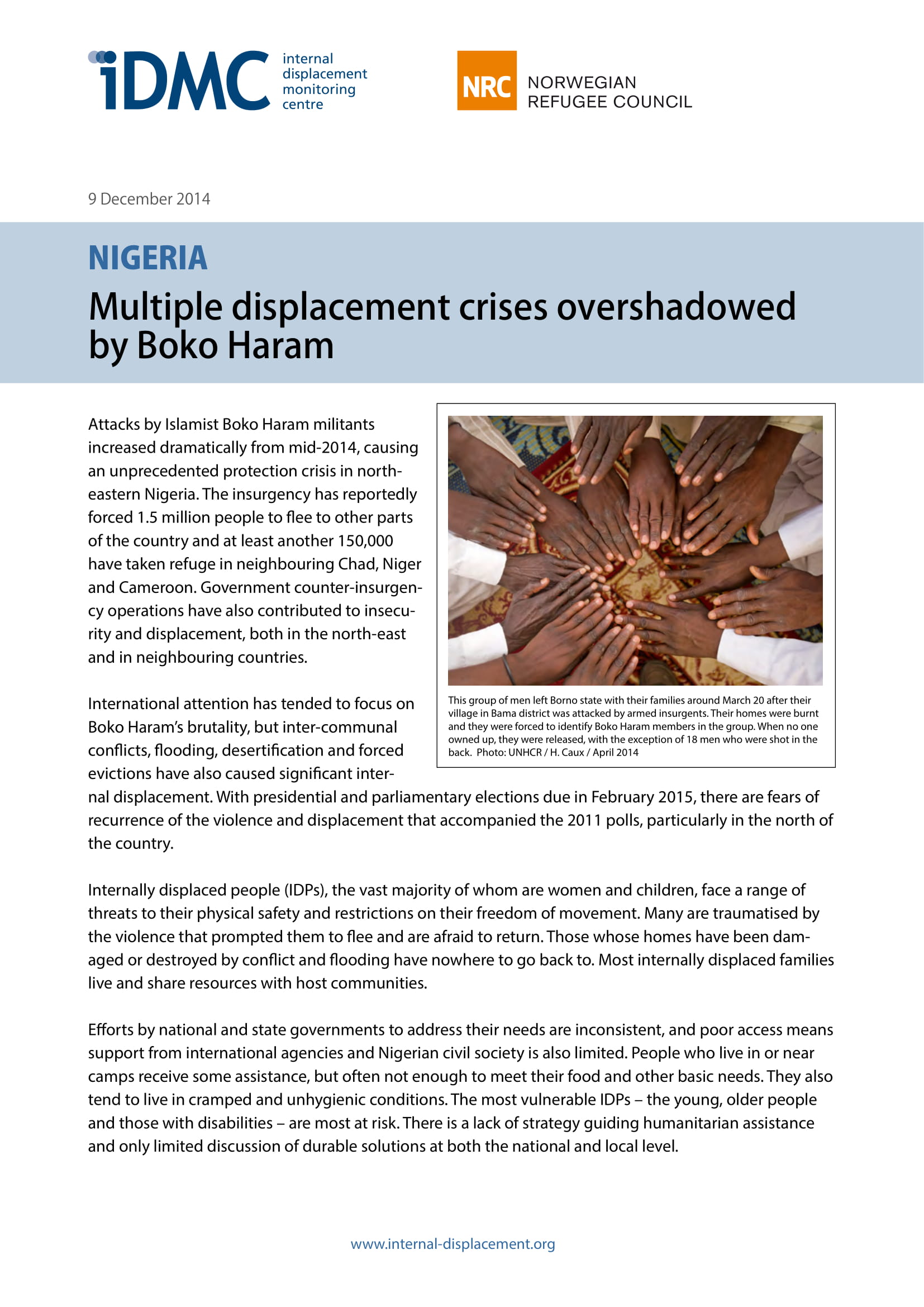 Attacks by Islamist Boko Haram militants increased dramatically from mid-2014, causing an unprecedented protection crisis in northeastern Nigeria. The insurgency has reportedly forced 1.5 million people to flee to other parts of the country and at least another 150,000 have taken refuge in neighbouring Chad, Niger and Cameroon. Government counter-insurgency operations have also contributed to insecurity and displacement, both in the north-east and in neighbouring countries.

International attention has tended to focus on Boko Haram’s brutality, but inter-communal conflicts, flooding, desertification and forced evictions have also caused significant internal displacement. With presidential and parliamentary elections due in February 2015, there are fears of recurrence of the violence and displacement that accompanied the 2011 polls, particularly in the north of the country.