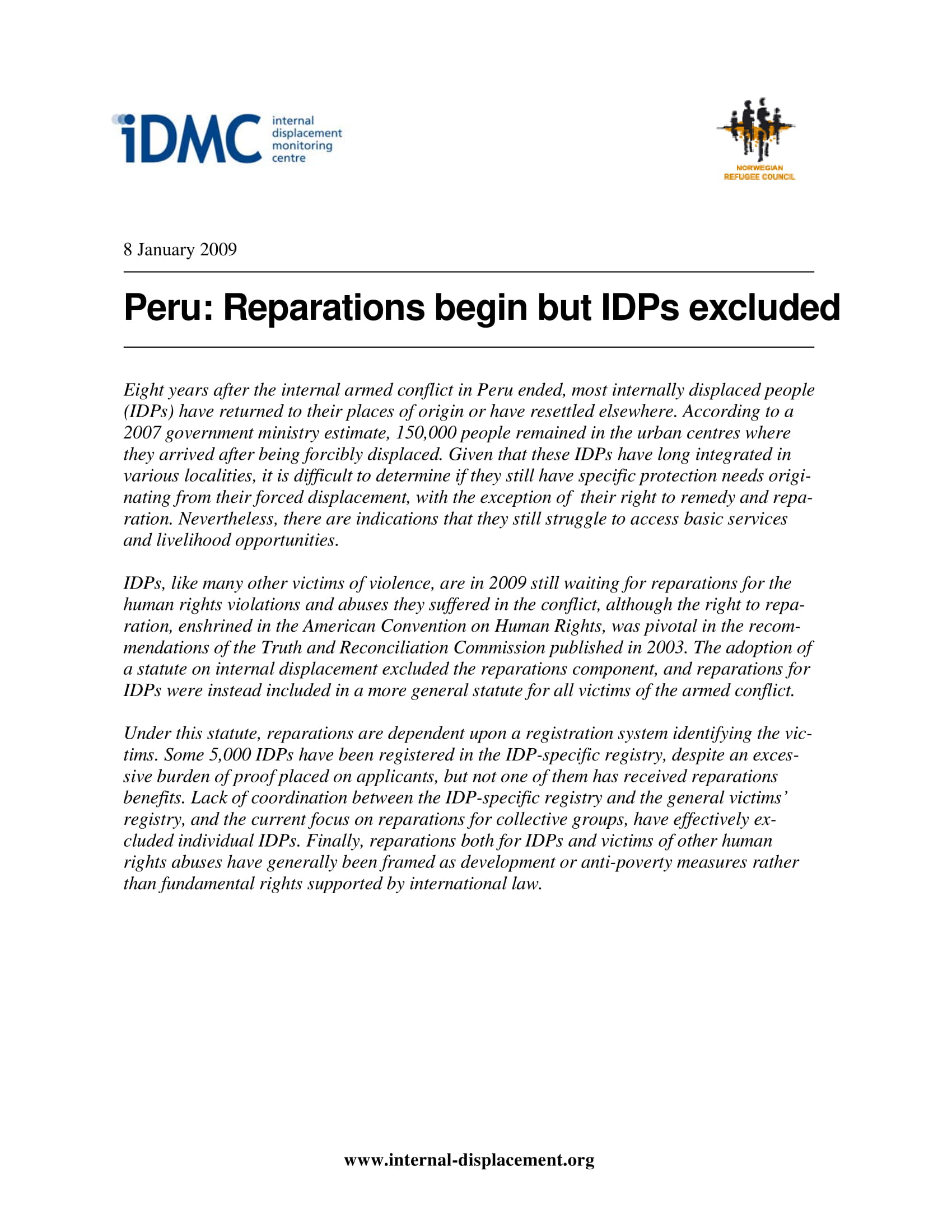 Eight years after the internal armed conflict in Peru ended, most internally displaced people (IDPs) have returned to their places of origin or have resettled elsewhere. According to a 2007 government ministry estimate, 150,000 people remained in the urban centres where they arrived after being forcibly displaced. Given that these IDPs have long integrated in various localities, it is difficult to determine if they still have specific protection needs originating from their forced displacement, with the exception of  their right to remedy and reparation. Nevertheless, there are indications that they still struggle to access basic services and livelihood opportunities.

IDPs, like many other victims of violence, are in 2009 still waiting for reparations for the human rights violations and abuses they suffered in the conflict, although the right to reparation, enshrined in the American Convention on Human Rights, was pivotal in the recommendations of the Truth and Reconciliation Commission published in 2003. The adoption of a statute on internal displacement excluded the reparations component, and reparations for IDPs were instead included in a more general statute for all victims of the armed conflict.

Under this statute, reparations are dependent upon a registration system identifying the victims. Some 5,000 IDPs have been registered in the IDP-specific registry, despite an excessive burden of proof placed on applicants, but not one of them has received reparations benefits. Lack of coordination between the IDP-specific registry and the general victims’ registry, and the current focus on reparations for collective groups, have effectively excluded individual IDPs. Finally, reparations both for IDPs and victims of other human rights abuses have generally been framed as development or anti-poverty measures rather than fundamental rights supported by international law.