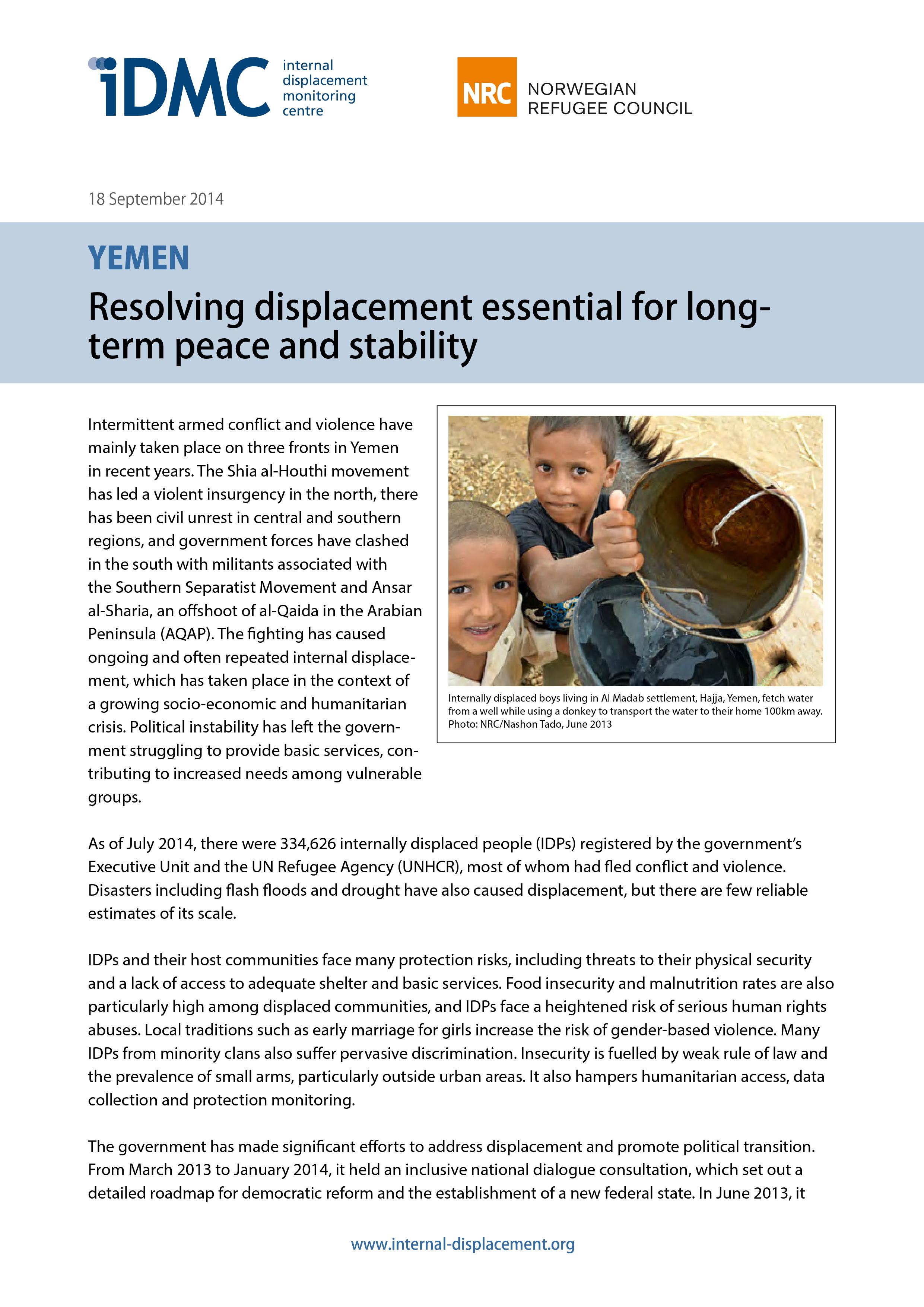 Intermittent armed conflict and violence have mainly taken place on three fronts in Yemen in recent years. The Shia al-Houthi movement has led a violent insurgency in the north, there has been civil unrest in central and southern regions, and government forces have clashed in the south with militants associated with the Southern Separatist Movement and Ansar al-Sharia, an offshoot of al-Qaida in the Arabian Peninsula (AQAP). The fighting has caused ongoing and often repeated internal displacement, which has taken place in the context of a growing socio-economic and humanitarian crisis. Political instability has left the government struggling to provide basic services, contributing to increased needs among vulnerable groups.

Publication
A perfect storm – when conflict and climate collide