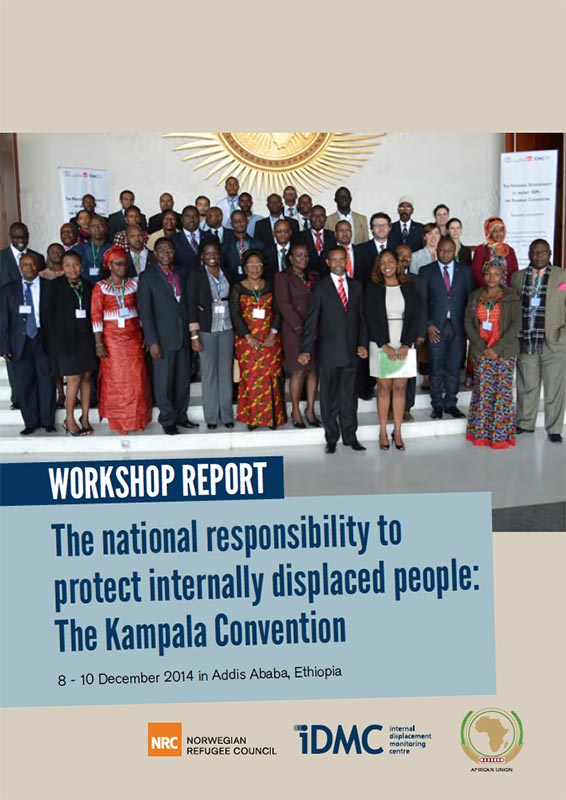 In December 2014, IDMC organised a workshop at the African Union (AU) headquarters in Addis Ababa to celebrate the second anniversary of the coming into force of the Kampala Convention.

The workshop also called for additional efforts to support the convention. Representatives of different AU Member States, international institutions and civil society organisations discussed respective plans to achieve the objectives established by the Convention and the kind of support needed.

As States prepare to ratify the Convention or to adopt laws and policies on internal displacement, the AU Commission will have to ensure support to such processes, whereas the different monitoring mechanisms in the AU system and the soon to be established Conference of States Parties will have a major role to play in monitoring compliance with the standards established by the Convention.

Recommendations for addressing internal displacement and returns in South Sudan

Publication
The Sahel: A Protection Crisis aggravated by the COVID-19 Pandemic
Expert opinion
Rethinking returns in the Migration Pact: How the EU can avoid creating new IDPs
Expert opinion
Internal displacement is not an acceptable alternative to international protection
Expert opinion
IDMC's 2019 at a glance