Time to act: internal displacement on the rise in Ukraine 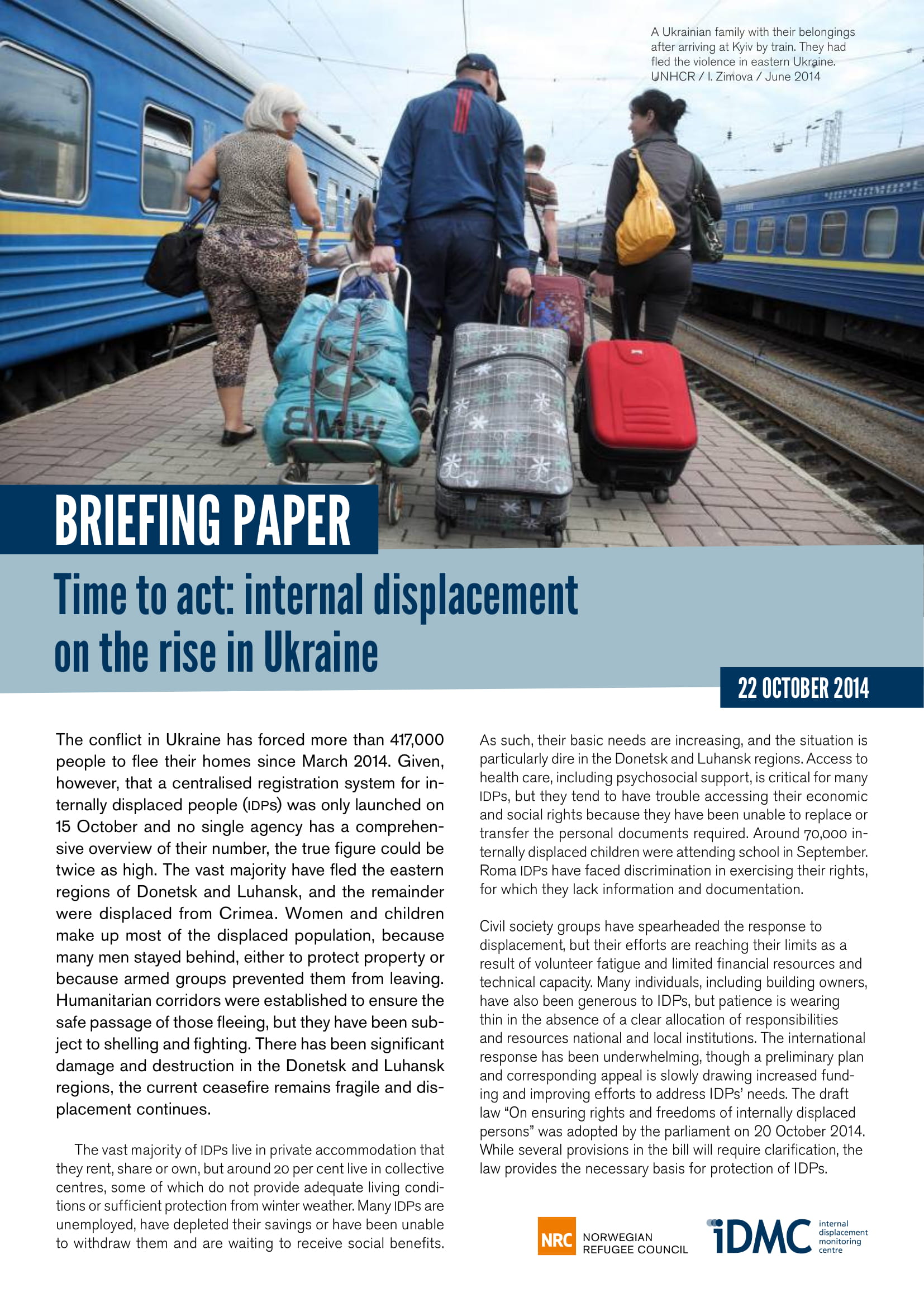 The conflict in Ukraine has forced more than 417,000 people to flee their homes since March 2014. Given, however, that a centralised registration system for internally displaced people (IDPs) was only launched on 15 October and no single agency has a comprehensive overview of their number, the true figure could be twice as high. The vast majority have fled the eastern regions of Donetsk and Luhansk, and the remainder were displaced from Crimea. Women and children make up most of the displaced population, because many men stayed behind, either to protect property or because armed groups prevented them from leaving. Humanitarian corridors were established to ensure the safe passage of those fleeing, but they have been subject to shelling and fighting. There has been significant damage and destruction in the Donetsk and Luhansk regions, the current ceasefire remains fragile and displacement continues.