Understanding and estimating displacement in the Northern Triangle of Central America

Organised criminal violence associated with drug trafficking and gang activity has reached epidemic proportions in the Northern Triangle of Central America (NTCA) in recent years. In El Salvador, Guatemala and Honduras, IDMC estimates there were at least 432,000 IDPs as of the end of 2017, many of them driven from, and within, cities suffering the highest homicide rates in the world and levels of violence comparable with a war zone.

With increased attention to the violence, and associated factors such as poverty, inequality and weak governance, has come a growing awareness of the many ways in which gang violence forces people to abandon their homes in search of safety. However, most of the existing evidence on this form of internal displacement in the NTCA remains anecdotal, and data on IDPs – in terms of figures, locations, vulnerabilities and needs – is not collected through a harmonized approach to allow for comparison at regional level. There is, as such, a growing urgency to understand the phenomenon – the drivers, triggers, impacts and patterns – of internal displacement so as to provide the evidence base for operational and policy responses.

These initial research findings mark the end of the first year of a two-year project, financed by the United States Department of State's Bureau of Population, Refugees and Migration. We have been working with researchers and partners to develop a common conceptual framework of what constitutes internal displacement in the context of criminal violence in El Salvador, Guatemala and Honduras. We have also worked with partners to consolidate existing data on the numbers, profiles, locations and needs of the most vulnerable IDPs in the region.

An atomised crisis: reframing displacement caused by crime and violence in El Salvador 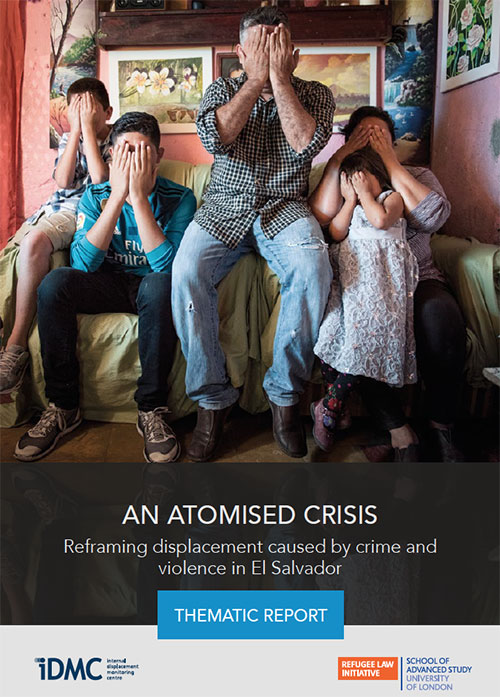 Preliminary findings from the El Salvador report reveal that criminal violence is highly targeted an individualised. In the absence of coordinated state support, people rely on their own networks and often don’t report their situation for fear of reprisal. This means they have few safe options inside the country, which leads to repeated displacement, severe restrictions on freedom of movement and significant crossborder flight.

The study draws on extensive desk research covering the academic literature and latest empirical reports, and qualitative data collected in 51 interviews with 80 experts in El Salvador and Mexico City during March and April 2018.

Download the executive summary for our report on El Salvador (PDF, 0.3MB) in English or Spanish.

Cause or consequence? Reframing violence and displacement in Guatemala 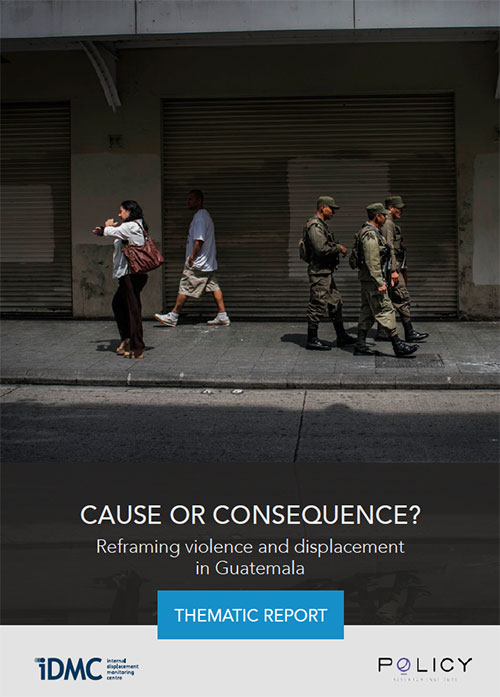 This new research debunks a popular misconception that people from Central America who cross the border towards the US are eagerly awaiting their chance to access “the American dream”. Patterns of population movement within Guatemala suggest the opposite. The research found that people make substantial efforts to avoid having to leave their home communities. And violence, crime and displacement combine to trap vulnerable people, particularly the young, in a downward spiral, where committing further violence and crime is their only chance of survival.

The study draws on field research in Guatemala and an extensive desk review of relevant literature, both undertaken between February and May 2018.

Download the executive summary for our report on Guatemala (PDF, 0.5MB) in English or Spanish.

Launch of GRID 2023
Events
Happy New Year from IDMC's Director
Media Centre
Global food insecurity is on the rise, so is internal displacement. What is the relationship?
Expert opinion
Assessing the severity of displacement situations: data gaps and ways forward