Whose land is this? Land disputes and forced displacement in the western forest area of Côte d’Ivoire 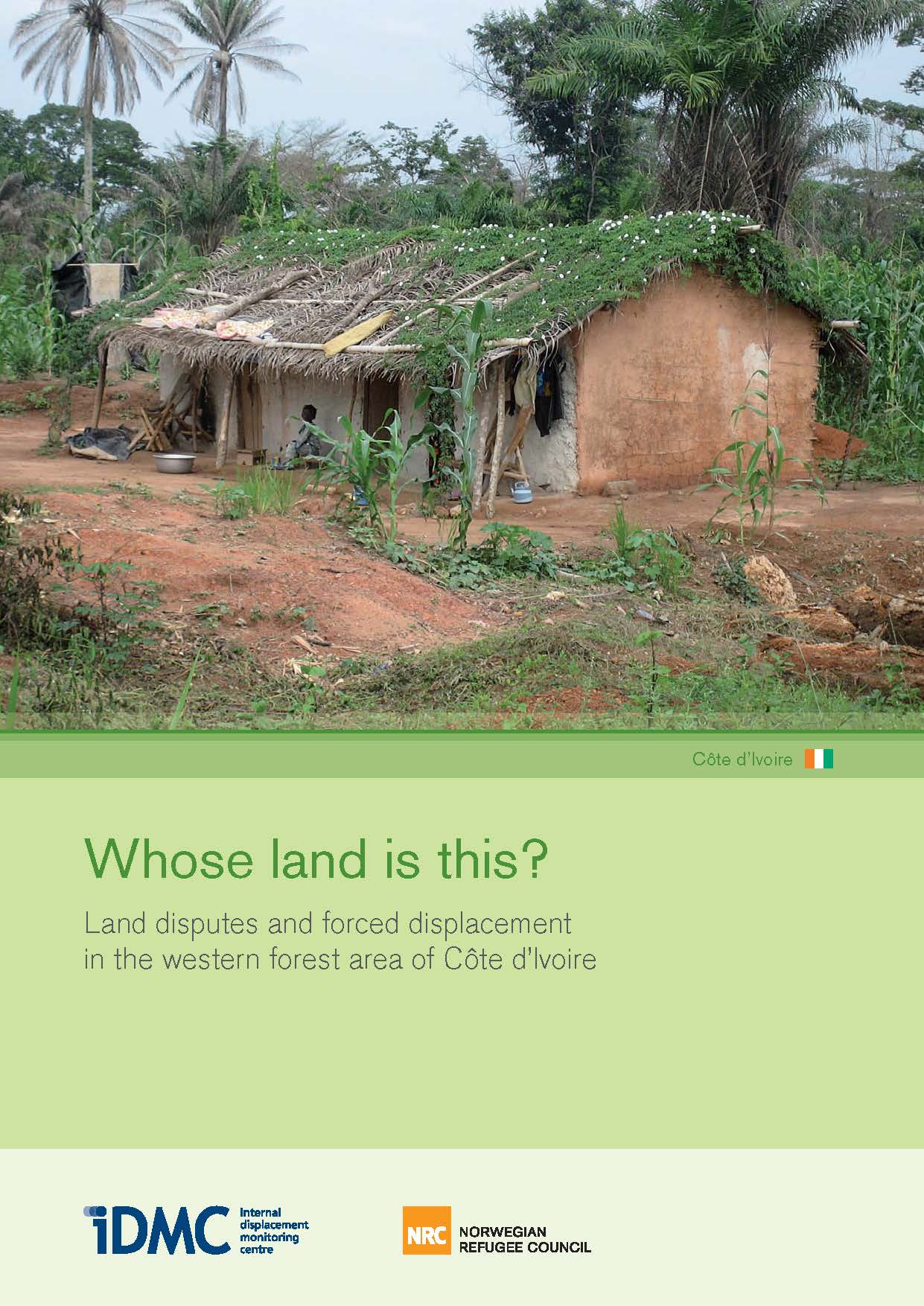 Armed conflict broke out in Côte d’Ivoire in 2002, which caused the country to be divided in two: the north under the control of the Forces Nouvelles rebels and the south in the hands of the government. It also caused the mass displacement of hundreds of thousands of people. In the west of the country, and in particular in the two regions of Moyen Cavally and Dix-Huit Montagnes, the crisis provoked a series of successive displacements involving population groups with competing claims over land.

These tensions in the west were among the consequences of a national policy on forest development, which led to significant migration flows in the two regions, particularly from the 1960s and 1970s. Ongoing land disputes in these areas have been exacerbated by the armed conflict, the resulting displacement, and now the return of internally displaced people (IDPs). While people were displaced, many of the plots they they had planted were sold or leased by others, so depriving IDPs of their principal means of subsistence on their return and fuelling inter-community tensions. It is feared that the land disputes will multiply as more IDPs return.

Download the summary and recommendations in English or French

Download the publication in French or in English below

Media Centre
Bearing the Intergenerational Cost of 10 Years of Conflict in Syria
Events
Internal displacement in Cameroon - why is the crisis neglected?
Events
Burst of violence in Darfur triggers Sudan's highest number of conflict displacements in six years