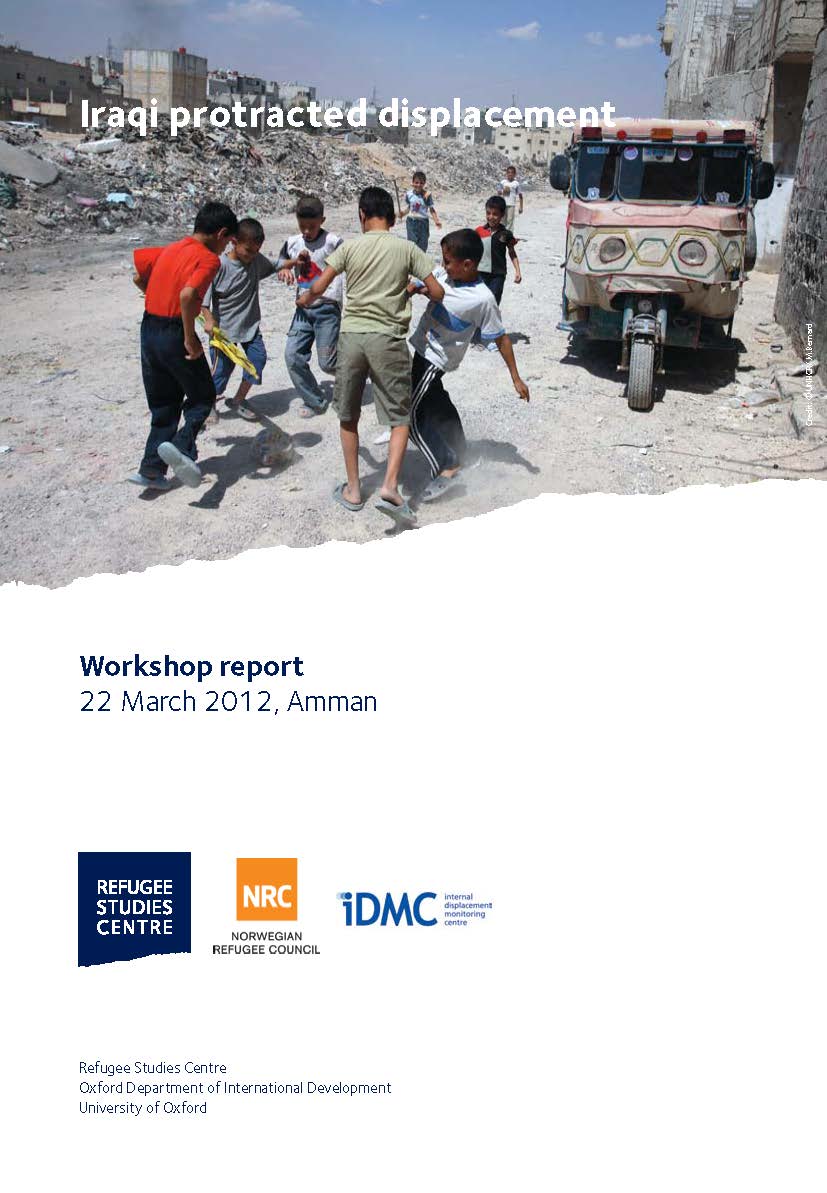 In 2011 the Refugee Studies Centre (RSC) at the University of Oxford collaborated with the Norwegian Institute of International Affairs (NUPI), the Norwegian Refugee Council (NRC) and the Internal Displacement Monitoring Centre (IDMC) on a research project, ‘Unlocking crises of protracted displacement for refugees and internally displaced persons’, aimed at informing policy efforts to address long-standing displacement situations. The project, funded by the Norwegian Ministry of Foreign Affairs, was based on three protracted displacement case studies – displacement from Iraq, displacement from and within Somalia, and an historical view of displacement in Central America in the 1980s. These were complemented by a global policy overview which underscores the inadequacy of the three traditional ‘durable solutions’ and suggests a number of innovative strategies which might better match international policy to the needs of those trapped in protracted displacement. The project linked the classic ‘top down’ governmental, interstate, institutional level with an analysis of ‘people-based’ perspectives addressing the specificities, linkages and complexities between the macro and micro levels.

Iraq has suffered several waves of displacement since the 1970s, first of those fleeing persecution from Saddam Hussein’s regime and then from 2003 as a consequence of the American-led invasion and subsequent insecurity. Displaced people from Iraq now constitute the second largest refugee population worldwide with approximately two million refugees and over two million IDPs, including those displaced prior to 2006. Despite the reduction in violence and conflict, Iraq remains far from stable and the Iraqi government has not been able to create the conditions for successful return of either refugees or IDPs. The situation of Iraqi refugees in the Middle East and IDPs in Iraq currently manifests the conditions of ‘protracted displacement’, constituting an on-going challenge for national actors and the international community.

Drawing on the findings of the case study on Iraqi regional displacement and on the ongoing work of IDMC on internal displacement, this workshop organised by the RSC and IDMC aimed to provide a small forum for discussion on how policymakers (specifically regional government representatives, donors and the UN), practitioners and researchers can contribute to ‘unlocking’ recurrent and protracted Iraqi displacement.

This report provides a brief overview of the themes explored and goes on to present the main outcomes of the event, laying out proposals for policy development.