Yemen: Constrained response to protection needs of IDPs and returnees 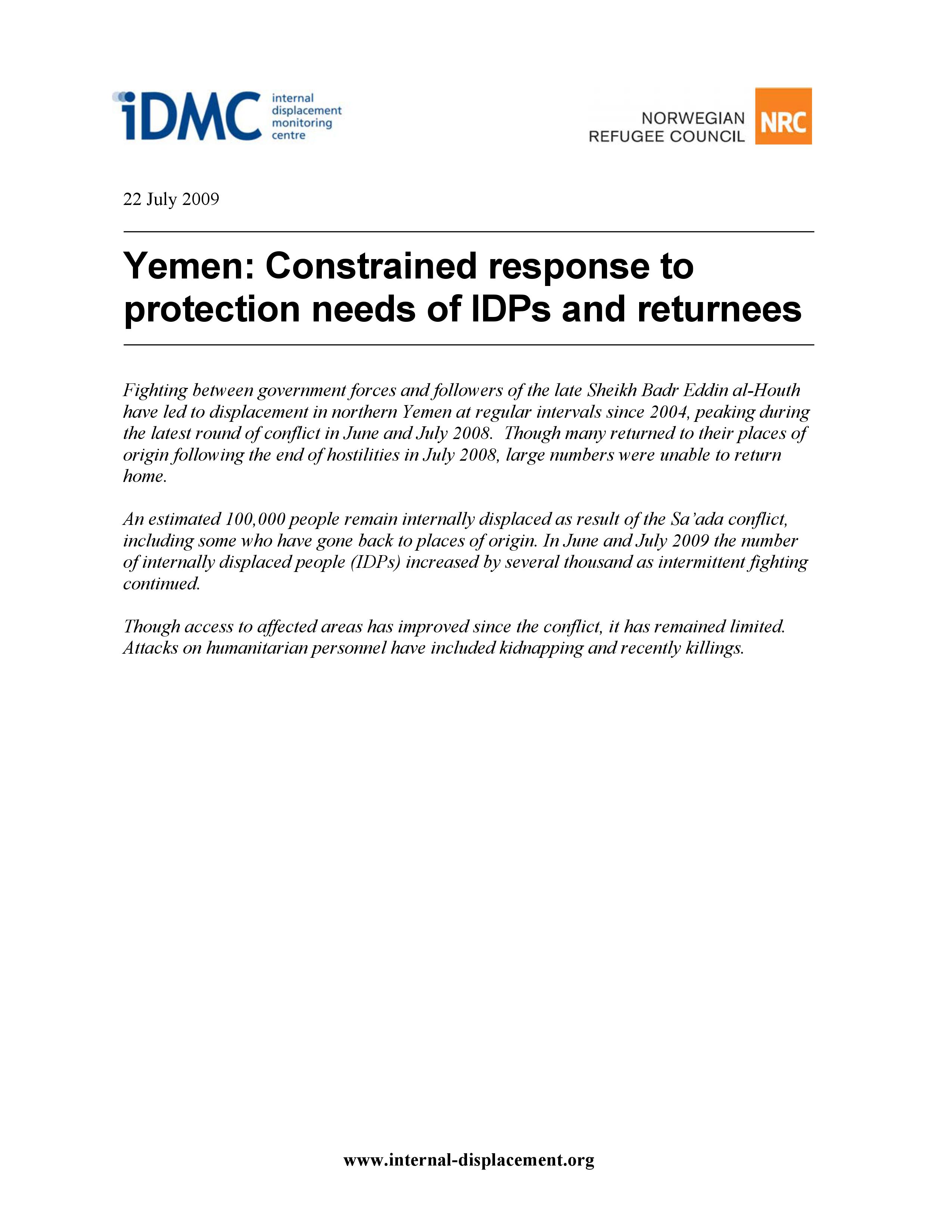 Fighting between government forces and followers of the late Sheikh Badr Eddin al-Houth have led to displacement in northern Yemen at regular intervals since 2004, peaking during the latest round of conflict in June and July 2008. Though many returned to their places of origin following the end of hostilities in July 2008, large numbers were unable to return home.

An estimated 100,000 people remain internally displaced as result of the Sa’ada conflict, including some who have gone back to places of origin. In June and July 2009 the number of internally displaced people (IDPs) increased by several thousand as intermittent fighting continued.

Though access to affected areas has improved since the conflict, it has remained limited. Attacks on humanitarian personnel have included kidnapping and recently killings