Yemen: the implications of forced immobility 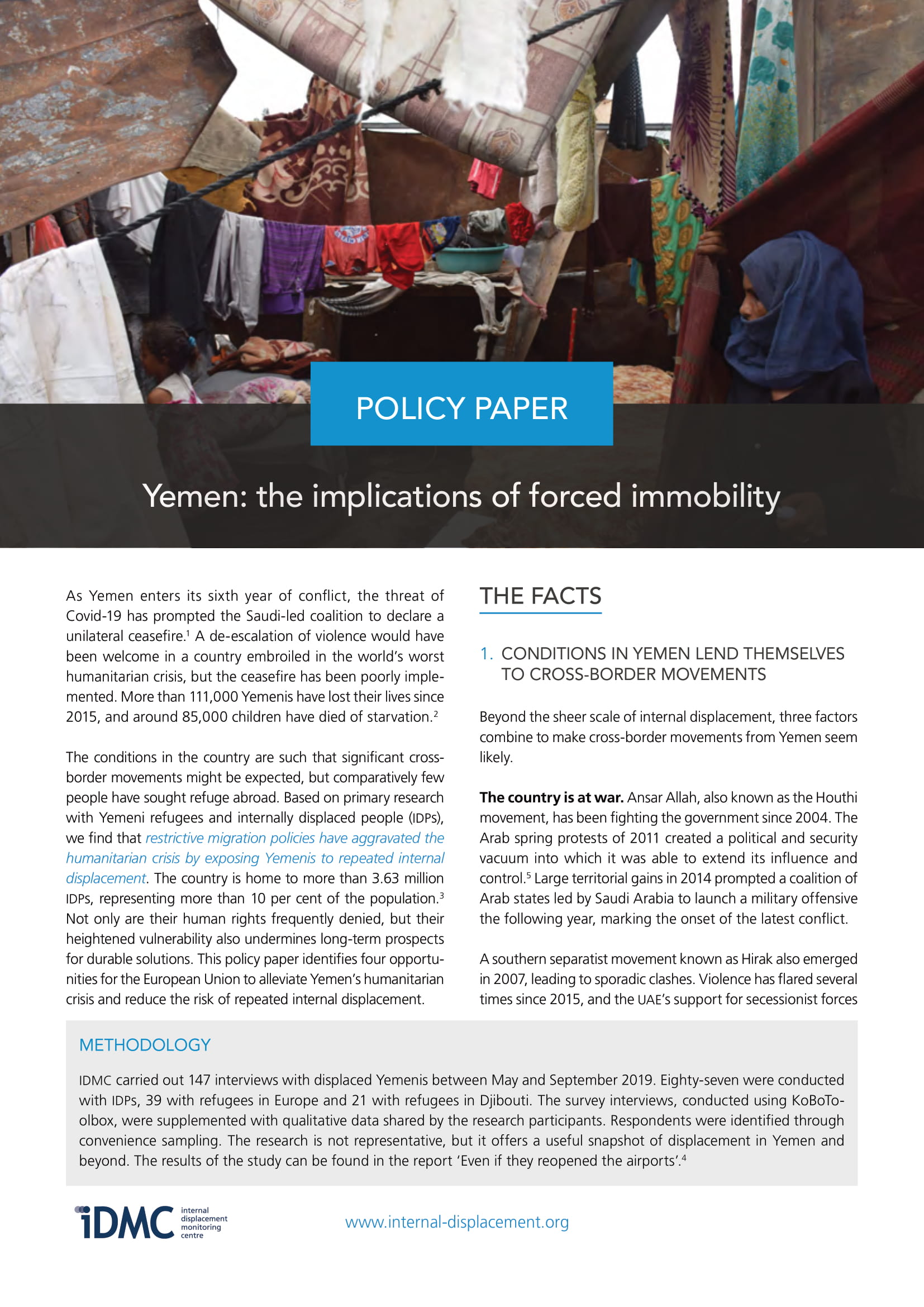 As Yemen enters its sixth year of conflict, the threat of Covid-19 has prompted the Saudi-led coalition to declare a unilateral ceasefire. A de-escalation of violence would have been welcome in a country embroiled in the world’s worst humanitarian crisis, but the ceasefire has been poorly implemented. More than 111,000 Yemenis have lost their lives since 2015, and around 85,000 children have died of starvation.

The conditions in the country are such that significant cross-border movements might be expected, but comparatively few people have sought refuge abroad. Based on primary research with Yemeni refugees and internally displaced people (IDPs), we find that restrictive migration policies have aggravated the humanitarian crisis by exposing Yemenis to repeated internal displacement. The country is home to more than 3.63 million IDPs, representing more than 10 per cent of the population. Not only are their human rights frequently denied, but their heightened vulnerability also undermines long-term prospects for durable solutions.

This policy paper identifies four opportunities for the European Union to alleviate Yemen’s humanitarian crisis and reduce the risk of repeated internal displacement.

Internal Displacement Conference 2022
Events
Global food insecurity is on the rise, so is internal displacement. What is the relationship?
Expert opinion
Assessing the severity of displacement situations: data gaps and ways forward

Publication
One year on: the Taliban takeover and Afghanistan's changing displacement crisis
Expert opinion
The truce in Yemen: Opportunities and challenges for IDPs
Expert opinion