Displacement in a changing climate

This thematic series explores the scale, patterns, drivers and impacts of internal displacement associated with slow-onset environmental change and disasters to inform policies and practices for managing and reducing displacement risk. 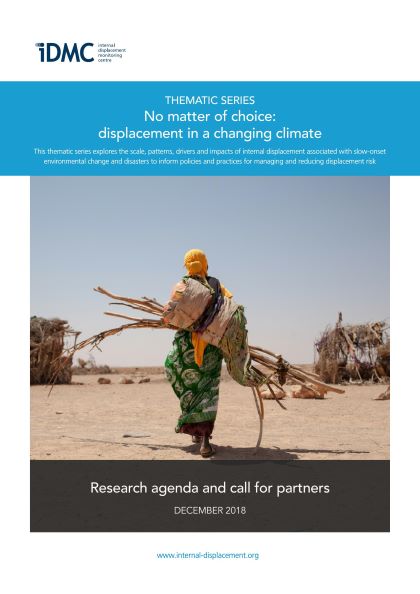 It is difficult to paint a consistent picture of displacement associated with slow-onset events because of the wide range of phenomena, impacts, drivers and types of movement they provoke and regions they affect. It is neither easy to characterise, nor easy to plan for, and more concrete examples and evidence of how displacement occurs in different situations is needed to inform more solid risk assessments and evaluations of appropriate policy responses. 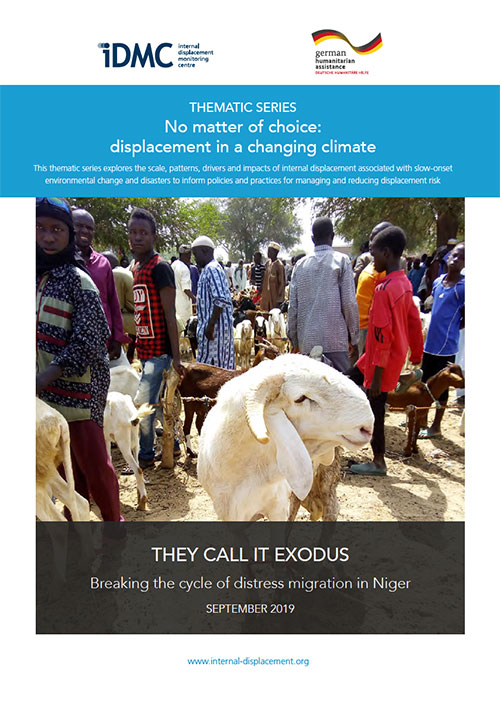 To reduce pressure on limited household resources and alleviate food insecurity, many young people migrate seasonally from rural to urban areas in search of employment. Seasonal migration driven by poverty in Niger stems from an interaction of environmental and economic factors, and is not generally considered displacement. Such movements, however, referred to locally as “exodus”, are no matter of choice.

With demographic growth and climate change expected to contribute to further yield losses, and given the absence of sustainable adaptation mechanisms to strengthen communities’ resilience and coping capacities, such population movements are likely to continue. To better understand their forced nature, IDMC conducted a study of more than 100 interviews in Niger’s Maradi region as the basis for this report, which attempts to explore the patterns, drivers and impacts of phenomenon.

Publication
A forgotten crisis: Half a million people displaced by drought in Ethiopia

Media Centre
"Nothing to put in your mouth": Durable solutions to drought displacement in Ethiopia